The 7 Most Unusual Applications of Big Data You’ve Ever Seen! 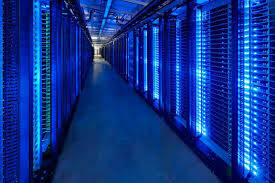 Even as physical data center facilities have gotten larger, the trend inside them is to make everything smaller, faster and infinitely more scalable. The hyperscale network, which is gaining traction after Intel launched a hybrid processing chip that could radically change CPU construction, could become a reality for more companies.

Even as physical data center facilities have gotten larger, the trend inside them is to make everything smaller, faster and infinitely more scalable. The hyperscale network, which is gaining traction after Intel launched a hybrid processing chip that could radically change CPU construction, could become a reality for more companies. While the technology itself is not new, Intel’s move makes it more available, and it could have a radical effect on infrastructure and workload provisioning and management in the data center.

Intel recently launched the field programmable gate array, a chip with core logic that can be reconfigured multiple times through software, ZDNet reported. By converging the FPGA with its x86 Xeon processors, Intel is effectively able to customize the FPGA’s logic to whatever workload is at hand. By doing this, Intel optimizes computing workload processing, increasing CPU performance by as much as 10 times. The company’s move is a dramatic expansion of FPGA technology, which has been restricted mostly to utilization as discrete devices linked through PCI Express.

Intel representatives said that the rise of complex application environments, which greatly diversifies the number of workloads data center CPUs are expected to perform, is the primary driver for the FPGA rollout. With it, data centers could become more scalable, customizable and ready to adapt to shifts in workload requirements.

Who Needs a Hyperscale Data Center?
Most data center owners and operators have focused their scalability efforts on cloud integration,server virtualization, software-defined networking and other approaches that decrease the amount of hardware while simultaneously optimizing system performance. Going hyperscale would drive this effort even further. But which companies and data centers could benefit?

As Enterprise Networking Planet contributor Arthur Cole observed, hyperscale networking has been previously isolated to a few companies with serious Web support needs, or those in the upper echelon of cloud and colocation provision. But as more organizations realize that big data and expanding application portfolios will create more dynamic workloads, they are seeing that hyperscale networking might be a requirement in the near future.

Perhaps the main thing to keep in mind is that hyperscale is usually leveraged in support of one or two large, mission-critical applications, rather than taking over a huge data center, Cole wrote. It can be a key piece of smarter, more manageable application ecosystems. On a network level, hyperscale can also aid business continuity and disaster recovery efforts by providing redundant failover architecture and rapid recovery. Hyperscale can also accent the benefits that technologies like virtualization and software-defined networking provide, making it a potentially vital cog in the more scalable data center machine of the future.