How Big Data and AI are Revolutionizing Payments 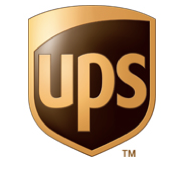 United Parcel Service (UPS) is the biggest package shipping company in the world. It was founded in 1907 and on a daily basis they make more than 16 million shipments to over 8.8 million customers globally. In addition, they receive on average 39.5 million tracking requests from customers per day.

United Parcel Service (UPS) is the biggest package shipping company in the world. It was founded in 1907 and on a daily basis they make more than 16 million shipments to over 8.8 million customers globally. In addition, they receive on average 39.5 million tracking requests from customers per day. They employ in the US alone over 55.000 drivers and they have more than 100.000 vehicles globally. UPS employs 399.000 people in 220 different countries and revenue in 2012 was $ 54.1 billion. They gather data at every possible moment and already store over 16 petabytes of data. They have been working with Big Data for a very long time already.

UPS uses a wide variety of data to reduce the environmental impact of their business. They combine data from engines that provide UPS with insights in performance and condition of their vehicles. Apart from the engine performance, also speed, number of stops, mileage and miles per gallon etc. are measured. They use GPS data that captures driver behaviour and safety habits. Sensors in vehicles report data on emissions and fuel consumptions. All kinds of devices monitor deliveries and customer services as well as address points and routes travelled that can be analysed to optimize the routing again. In addition, all drivers have state-of-the-art handheld devices that also collect a lot of data. Long story short: they collect data at every possible moment.

Because of all the data they collect, UPS is capable of creating unique services for its customers. One of such services is My Choice, which allows customers to adjust delivery timing and location via the smartphone at any moment. But they also invest a lot of money to speed-up the delivery process. As such they have connected their systems with systems of millions of their customers. This allows them to move the data ahead of packages and, for example, pre-clear packages before they arrive at US customs. As such, international packages can be moved directly to domestic packages and be delivered the following day.

Their latest project is called ORION and costs $ 1 billion a year. ORION stands for On-Road Integrated Optimization and Navigation. ORION uses fleet telematics and advanced algorithms to take route optimization to the next level. Started in 2013 and scheduled to be deployed across North American routes in 2017, ORION is viewed as the largest operations research project in the world. With 250 million+ data points, ORION is capable of delivering tens of thousands route optimizations per minute based on real-time information. Next to that, the system allows UPS managers to monitor driving habits of its workers and see when a driver backs up a truck too often or makes too many U-turns. This information could signal drivers that require additional training to become more efficient.

ORION has the objective to provide all drivers with advanced mathematical models that provide additional optimization and navigational capabilities to make the drivers more efficient. And more efficient drivers mean saving a lot of money. According to an interview on Bloomberg, UPS CTO Dave Barnes explains that a saving of 1 mile per day per driver could result in a saving of 1.5 million gallons of fuel per year, which equals $ 50 million in savings annually. Route optimization however, is nothing new for UPS. Already since 2001 they are using data to optimize their routings and since then they have saved over 39 million gallons of fuel and avoided 364 million miles. In addition they have managed to reduce engine idle time by 10 million minutes. Next to their vehicles, they are also working on optimizing the efficiency of its 2.000 airplanes.

But UPS does not only apply Big Data analytics to optimize their routings. They have also developed algorithms that predict the maintenance requirements of their delivery trucks. With so many packages delivered daily, an unplanned breakdown of a truck can have serious consequences resulting in late packages and angry customers. Predictive maintenance helps UPS save millions in preventing unnecessary and unplanned maintenance.

The massive amounts of data created by UPS are stored in the world’s largest DB2 relational database. Most of the data they create, store and analyse is structured data and they have turned to prescriptive analytics to handle the ever-changing operational landscape they have to deal with. All the different data feeds, optimized and changed routings and customer delivery preferences require powerful analytics to optimize their daily activities. Their efforts have paid off, because thanks to all the data collected and the massive investments in Big Data, UPS has become the largest, and they claim also the most efficient, package handling company in the world.