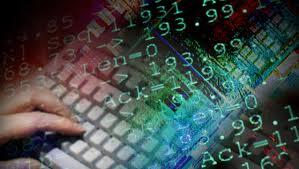 A recent report by research firm Gartner provided a very surprising result: over 60% of employees surveyed worldwide reported to have used their personal gadget at their workplace to supplement the company issued device. A further analysis into this phenomenon revealed that a major reason for this was the terrible quality of infrastructure available at work.

A recent report by research firm Gartner provided a very surprising result: over 60% of employees surveyed worldwide reported to have used their personal gadget at their workplace to supplement the company issued device. A further analysis into this phenomenon revealed that a major reason for this was the terrible quality of infrastructure available at work. Considering the security challenges that this trend throws up, and the subsequent costs involved in handling challenges, Gartner predicts the associated costs to go as high as $300 per employee per year.

The need for businesses handling data to upgrade their IT infrastructure has never been higher. While there has been a lot of discussion over the cost saved by companies investing in automated systems to replace traditional operational processes, little is known about the extra costs incurred by those companies that cheap out on low quality IT infrastructure. This is significant since money spent on frequent outages, support and maintenance activities could well make the migration to automated systems not worth the effort.

A number of recent studies have looked into this aspect and the results are astonishing. A study by Amazon.com showed that companies that have optimized their server capacity according to peak load were able to see as much as 50% cost savings. A similar study conducted by CIO into the service level optimization of applications at the workplace showed a 20% drop in costs.

It is not difficult to see why costs shoot up when the technology infrastructure is not optimized. A recent example is the launch of the HealthCare.gov website in the United States. The cost of this website launch is estimated to be somewhere between $360 million to $600 million. To put this in perspective, the recently commenced Mars probe by the Indian Space Research Organization is estimated to have cost $73 million. Could a data driven government website cost 5-8 times as much as a Mars mission?

Here are some reasons why bad IT infrastructure hits a data business hard:

Frequent Network Outages : Enterprises that rely on timely processing of data need reliable high quality business internet connections to their servers. It is not just the speed that matters but the reliability as well. In the absence of such networks, the loss due to lack of timely data as well as subsequent drop in employee efficiency is significant. Not just that, if you are a company that hosts data in the cloud, a bad network could increase the latency in uploading and retrieving data that could scale up to become the biggest hindrance to achieving targets on time.

Outdated Hardware : Moore’s law states that the hardware capacity of computers will double every two years. This has proven to be correct through the past several decades. With improved hardware come improved software that can process data faster and more efficiently. Companies that do not invest in the latest hardware lose out to competition that invest in the latest technologies and are hence able to enhance the efficiency of their employees by a significant margin.

Data Security : Network security still appears to be one of the lesser invested areas in business. This is because most small and medium businesses do not consider themselves under as much threat as the big enterprises. With the recent foray into cloud computing and SaaS based infrastructure, network security is of utmost importance to all businesses since investing in the wrong provider could not only lead to possible interception of confidential business data, but can also lead to data loss and consequently competitive advantage. It is critical that businesses do due diligence and invest in the right providers for their services to ensure high security to their data.