Big Data Jargon We All Need to Reign In, Right Now 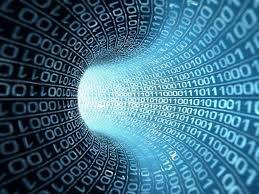 To put it simply, big data is a big deal, and it has been one for quite some time.

To put it simply, big data is a big deal, and it has been one for quite some time. In spite of the few who seemed to state that the big data and analytics revolution was a technology fad that was bound to start fading away at some point, this trend has only become more valuable to businesses of all sizes and in all sectors as time has gone by. Not only is it clear to those with any understanding of the enterprise world that business intelligence and BI initiatives had a major role in 2013, but all notable industry indications also point to these platforms becoming even more useful in 2014.

Some of the major predictions for what big data will look like in 2014 relate to the information itself and how it will be used. Others have to do with the personnel involved, as the expanding role of data and analytics in modern businesses means that various roles and departments will have to be either created or expanded to deal with the complexity that will grow in direct correlation to that expansion.

IBM predicts security, apps and personnel will grow in importance
InformationWeek reported that Inhi Suh, IBM’s vice president of big data, integration and governance, recently made six major predictions for the role that big data will occupy in 2014. These are split between expectations of the actual analytics and what it will mean for the employees of companies that employ it. Suh stated that many companies are bound to double down on their investments on analytics for various purposes – reporting, predictive analytics and recommendations, to name a few – and establish practices to help ensure the security of that data.

The source also reported that Suh believes many organizations will create a new C-level role for the best possible management of big data initiatives. This will most likely have the title Chief Data Officer, a role that currently exists in more than 100 large enterprises.

‘Time to value’ and immediate use
According to B-Eye Network, Hannah Smalltree, director of marketing for the firm Treasure Data, emphasized the growing importance of a concept she called “time to value.” This refers to the time between the establishment of a big data project and the point when organizations begin seeing ROI from such initiatives. Companies will be working to make time to value pass as quickly as possible.

Similarly, Smalltree told the news source that businesses have to make sure big data can have immediate use value – that information can be not only compiled but also put to actionable use in a short time. As such, company leaders may be looking for software solutions that can meet that demand.