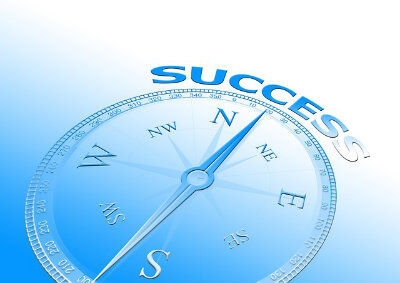 Technology changes at a blistering pace, so it should come as no surprise that the role of the CIO in an organization changes at a similar rate. Years ago, CIOs were mainly just concerned with IT infrastructure. He or she was an administrator for the most part, overseeing their own corner of the business.

Technology changes at a blistering pace, so it should come as no surprise that the role of the CIO in an organization changes at a similar rate. Years ago, CIOs were mainly just concerned with IT infrastructure. He or she was an administrator for the most part, overseeing their own corner of the business. In fact, many viewed the CIO and the IT department as an annoyance the way they fretted over how employees used computers or always had problems with their internet connection. Obviously, times have changed, and the CIO has become an even more valuable part of the organization. That role has extended beyond the IT department, eventually reaching nearly every part of the business. Technology has become crucial for a company to succeed and grow, and the CIO’s role is to ensure that the technology a business adopts is always pushing the organization forward toward goals centered on bottom-line growth.

While the CIO’s role remains tied to technology, that technology is far from fixed. Just in the past few years, we’ve seen the increasing use of such developments as cloud computing, big data as a service analytics, BYOD, and even more. Unlike in past decades, these technologies have the potential to affect every person within the organization, not just in what they do for their jobs but how they perform them. This is by no means a light responsibility for CIOs. To effectively make these types of decisions, CIOs need to be more in tune with the business objectives of their organizations than ever before. That requires CIOs to be a valuable player on the executive board, a credible voice that fellow executives will listen to. CIOs also need to learn the best ways to explain their ideas to those who may not be intimately familiar with new technological concepts. If a CIO can help people within the business understand why certain technologies will or won’t work, they will help their company grow and flourish.

To truly promote this increased level of growth, CIOs need to ensure they are at the forefront of innovation within their companies. The massive adoption of cloud computing for business applications, for example, didn’t happen by accident. It happened because a large number of CIOs were able to see the potential of the technology, explain how it could help their businesses grow, and spearhead the effort to integrate it with their legacy systems. The same holds true for the phenomenon of big data analytics. Big data is certainly a concept that many outside of the tech community will find hard to understand. Oftentimes, big data technology can be complex, requiring a significant investment of resources, time, and money to fully implement. There are also numerous big data tools to consider, from Hive and Apache Spark to Hadoop and MapReduce. CIOs need to use their roles to seize these opportunities to push the organization forward, fostering an environment that’s open to these new technological solutions.

As is often the case, CIOs face mounting obstacles and challenges as they try to use technology to encourage bottom-line growth. Promoting internal communication and collaboration across an entire organization is a tremendous challenge that often requires tearing down organizational silos. CIOs also have to worry about the possible effects their decisions will have on security. A breach in security could results in damage to the company, the employees, or even the customers, making the CIO’s responsibility that much more important. Another challenge is the prospect of finding the right vendors for the company to work with. As cloud computing continues to grow, more options are becoming available via the cloud, making choosing the right provider a crucial choice. These challenges have made many CIOs wonder if they’re actually prepared to overcome them, as revealed in a recent survey.

The problems may be real and the challenges significant, but CIOs need to show confidence as they lead their respective companies into the future. While more questions will arise over the best use of big data analytics and hyperconvergence, CIOs that are in tune with the changing world of technology with be in an advantageous position. They will know how best to help their businesses and the right way to adopt technology that will help drive growth now and in the years to come. The role of CIO may be more vital than ever, and which should be seen as a momentous opportunity.