Most organizations collect and maintain some type of geographic data, yet many ignore this data during analysis. Any business has some record of customer addresses, for instance, but this data is usually formatted in an awkward, non-numeric form. Geographic data can be very predictive, though, since behaviors being predicted often have some correlation to location. 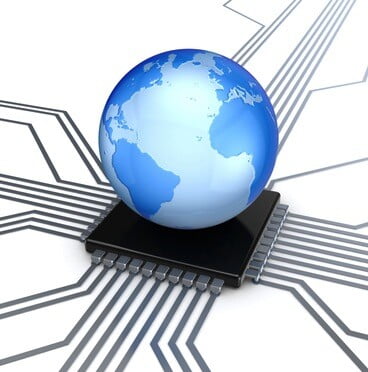 Most organizations collect and maintain some type of geographic data, yet many ignore this data during analysis. Any business has some record of customer addresses, for instance, but this data is usually formatted in an awkward, non-numeric form. Geographic data can be very predictive, though, since behaviors being predicted often have some correlation to location.

So, how might one use geographic data? Possible answers depend on several factors, most importantly the volume and type of such data. A company serving a national market in the United States, for instance, will have customer shipping and billing addresses (not necessarily the same thing) for each customer (possibly for each transaction). These addresses normally come with a range of spatial granularities: street address, town, state, and associated ZIP Code (a 5-digit postal code).

Even at the largest level of aggregation, the state level, there may be over 50 distinct values (besides the 50 states, American addresses may be in Washington D.C. [technically not part of any state], or any of a number of other American territories, the most common of which is probably Puerto Rico). With 50 or so distinct values, significant data volume is needed to amass the observations needed to draw conclusions about each value. Given the best case scenario, in which all states exhibit equal observation counts, 1,000 observations breaks out into 50 categories of merely 20 observations each- not even enough to satisfy the old statistician’s 30 observation rule of thumb. In data mining circles, we are accustomed to having much larger observation counts, but consider that the distribution of state values is never uniform in real data.

Using individual dummy variables to represent each state may be possible with especially large volumes.  Possibly an “other” category covering the least frequent so many states will be needed. Another technique which I have found to work well is to replace the categorical state variable with a numeric variable representing a summary of the target variable, conditioned by state. In other words, all instances of “Virginia” are replaced by the average of the target variable for all Virginia cases, all instances of “New Jersey” are replaced by the average of the target variable for all New Jersey cases, and so on. This solution concentrates information about the target which comes from the state in a single variable, but makes interactions with other predictors more opaque. Ideally, such summaries are calculated on special hold-out set of data, used just for this purpose, so as to avoid over-fitting. Again, it may be necessary to lump the smallest so many states together as “other.” While I have used American states in my example, it should not be hard for the reader to extend this idea to Canadian provinces, French départements, etc.

Most American states are large enough to provide robust summaries, but as a group they may not provide enough differentiation in the target variable. Changing the spatial scale implies a trade-off: Smaller geographic units exhibit worse summary variance, but improved geographic differentiation. American town names are not necessarily unique within a given state and similar names may be confused (Newtown, Pennsylvania is quite a distance from Newtown Square, Pennsylvania, for instance). In the United States, county names are unambiguous, and present finer spatial detail than states. County names do not, however, normally appear in addresses, but they are easily attached using ZIP Code/County tables easily found on-line. Another possible aggregation is the Section Code Facility, or “SCF”, which is the first 3 digits of the ZIP Code.

In the American market, other types of spatial definitions which can be used include: Census Bureau definitions, telephone area codes and Metropolitan Statistical Areas (“MSAs”) and related groupings defined by the U.S. Office of Management and Budget. The Census Bureau is a government agency which divides the entire country in to spatial units which vary in scale, down to very small areas (much smaller than ZIP Codes). MSAs are very popular with marketers. There are 366 MSAs at present, and they do not cover the entire land area of the United States, though they do cover about 85% of its population.

It is important to note that nearly all geographic entities change in size, shape and character over time. While existing American state and county boundaries almost never change any more, ZIP code boundaries and Census Bureau definitions, for instance, do change. Changing boundaries obviously complicates analysis, even though historic boundary definitions are often available. Even among entities whose boundaries do not change, radical changes in behavior may happen in geographically distinct ways. Consider that a model built before hurricane Katrina may no longer perform well in areas affected by the storm.

Also note that some geographic units, by definition, “respect” other definitions. American counties, for instance, only contain land from a single state. Others don’t: the third-most populous MSA, Chicago-Joliet-Naperville, IL-IN-WI, for example, overlaps three different states.

Much more sophisticated use may be made of geographic data than has been described in this short posting. Software is available commerically which will determine drive time contours about locations, which would be useful, for instance when modeling retail store location revenue models. Additionally, there is an entire of statistics, called spatial statistics, which defines an entire class of analysis procedures specific to this sort of thing.

I encourage readers who have avoided geographic data to consider even simple mechanisms to include it in model construction. Opening up a new dimension in your analysis may provide significant returns.

The Growing Role of Analytics in Product Development