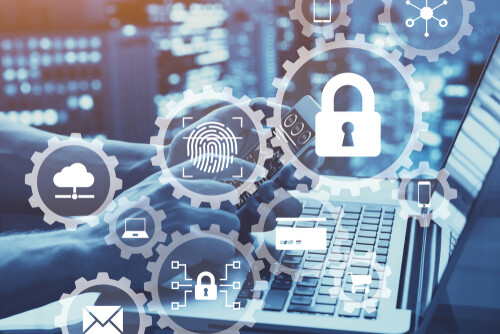 Networking technologies have made the world very small in the sense that they have allowed people who are thousands of miles apart to communicate in real-time. But network technologies and gadgets can be dangerous when it comes to cyber espionage. Hacked network equipment could cause losses in the tens and hundreds of US dollars. Botnets that affect poorly protected network devices are particularly dangerous.  For example, the Mirai botnet, which initially spread by infecting routers, has damaged hundreds of millions of dollars to the global economy.

Contents
How real is the danger?What is the cause of the problem?So, what to do?Final thoughts

According to experts, the number of devices connected to the network will increase to 25 – 50 billion by 2020 and will reach 75 billion in 2025. All types of business use IoT very actively now, by 2022 the expenses in this sphere will reach $1 trillion. At the same time, in the pursuit of functionality, manufacturers and consumers forget about cybersecurity.

How real is the danger?

If someone had created an IoT security indicator, this device would have long been flashing red. A couple of years ago, Kaspersky Lab set up IoT traps (honeypots) that mimicked various gadgets running Linux. Just a few seconds after honeypot was activated, researchers began registering numerous attempts to connect to an open Telnet port. During the day, the number of unique requests reached tens of thousands.

How prevalent are these attacks? The risk is very real. CSO Online reports that 61% of all organizations have experienced an IoT security breach.

After analyzing the devices that were looking for open connections, it turned out that there are many industrial systems among them. In general, these devices should be well protected and be “behind the seven seals”. First of all, these were hacked systems for monitoring or controlling processes and equipment in different fields of industry and security. Here, experts found a wide spectrum of devices – from cash terminals in shops, restaurants and gas stations to digital television systems, environmental monitoring systems, security and access control systems, power management, and programmable controllers. We need to understand that these are just basic studies that reveal only the tip of the iceberg.

What is the cause of the problem?

In the world of corporations, everything is very complicated. Here are the reasons:

There are many suggestions, here are some of them:

The situation is unlikely to change until major consumers of IoT solutions for business – ie, companies and corporations of different levels – want to change it. The market situation will change as soon as we impose higher security requirements for IoT devices.