The First Data Scientist on the Evolution of Data Science 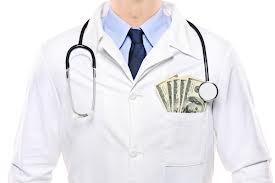 “According to Burtch Works’ 2014 study of salaries for data scientists… those responsible for a team of 1-3 earn [a median salary of] $140,000 and those responsible for a team of 10 or more earn $232,500.
By contrast, the mean average annual income for a lawyer in America was $131,990 in 2013, while doctors earned $183,940, according to data from the U.S. Bureau of Labor Statistics.”
Did you hear that? Data scientists earning more than doctors! For complete salary information for data scientists, Big Data professionals and market research professionals, download the full reports for free here. Salary is not the only reason however, that I would recommend encouraging your children to pursue statistics and coding over going to medical school.
How Data Scientists Are Supplementing Doctors
There are big changes happening in healthcare right now, and the implementation of EHR (electronic health records) in particular is a great example of how data scientists will be working with doctors in the future. The move to EHR is picking up steam, and the Center for Disease Control reports that 78% of office-based doctors are using EHR as of 2013, with that number only expected to grow as practices will face penalties for non-compliance. All of these electronic patient records spell out Big Data for the healthcare fields, and data scientists – like all quantitative folks – love data. These medical data could not only offer tremendous insights that change the face of modern medicine, but also offer rewarding opportunities to the data scientists who must decipher the data.
Patient care also stands to receive enormous benefits from data science. Venture capitalist Vinod Khosla was recently quoted at the Standford University School of Medicine’s Big Data in Biomedicine conference saying, “Humans are not good when 500 variables affect a disease. We are guided too much by opinions, not by statistical science.” While a doctor may be trained to look for many factors when diagnosing an ailment, some of these diseases are impossibly complex, and patients could stand to gain faster, safer treatment if left in the hands of a well-developed machine, or even a physician aided by one. For example, IBM’s Watson is already collaborating with Memorial Sloan Kettering Cancer Center to help doctors make better cancer treatment choices. The human interaction between patient and physician will continue to be important, but data scientists will have a measurable impact on the future of healthcare.
Career of the Future
One of my predictions for the analytics hiring market this year was that data scientists would be embedded in analytics groups, and with the internet of things, the increase in wearables, social media sentiment analysis and many more applications for data science, it’s no wonder this career has so much buzz around it. With the increase in demand, shortage of talent, high salaries and applications in every industry, data science is becoming a good option for career success. The road to that success begins with a strong early foundation in math, and (perhaps) some nudging from the parents. I can’t tell you how excited I was when my daughter, Becky (who started college this year at Macalester), changed her major to math, as I believe strongly that this is a career path that offers a bright future. Who knows, maybe one day I’ll have a data scientist in the family!
This article was originally posted on my blog. I often write on topics that I believe will be of interest to the analytics community, so stay tuned for further insights on analytics, Big Data, and data scientists.
0 Shares
Share on Facebook Share on Twitter Share on Pinterest Share on Linkedin
lburtch June 11, 2014