There are tremendous career opportunities for people that are knowledgeable about analytics. You will need to know what steps to take if you are interested in using your analytics knowledge to find a new career.

Some of the career opportunities for people with a background in analytics are pretty obvious. You will be able to become a data scientist, data-driven marketing consultant, information systems experts using big data or a variety of other technology focused jobs.

However, there are a lot of other careers that people with a background in analytics might want to consider. One of these options is becoming a video game coach.

How can a video game coach be a good career choice for someone with a background in analytics? The truth is that analytics has become more important in video games than ever. You can use analytics tools to better understand the mistakes and habits of your customers. You can also learn more insights about some of the games you are reaching people.

There is no secret that analytics and big data are becoming more important in video game development. However, fewer people consider the merits of using analytics in playing video games. Video game coaches that know how to use analytics technology can help people become better players.

Gaming developers have started using analytics to understand user behavior. However, customers can use analytics to play more effectively themselves.

The demand for analytics in gaming will increase as the hobby becomes more popular. Gaming has become a lucrative way to earn money and turn regular people into celebrities. The biggest gamers in the world earn eight figures a year. Tyler Blevins, more popularly known as Ninja, is the most successful, earning $17 million in 2019 alone. He even played Fortnite with rapper Drake. Felix Kjellberg, also known as PewDiePie, reportedly made $15 million in 2019. Preston Arsement or Preston Playz made $14 million.

It is no wonder that plenty of people want to be involved in it and are using analytics to get an edge. However, not everyone has what it takes to become a star in the world of video games. A player must be outstanding to compete in eSports or entertaining to stream on Twitch or YouTube.

Playing video games for some people has stopped being a casual hobby. They want to be good at it so that they can stream, compete professionally, or increase their enjoyment of the activity.

Thus, video game coaches emerged. People who have extensive experience in video games are now offering their services to amateurs who want to gain new skills and improve their performances. The pandemic seems to have boosted the demand for their expertise. They are also leveraging data analytics tools to offer more reliable services to their users.

Fiverr, a platform where freelancers offer services for a fee, had a 43 percent increase in the number of video game coaching sessions booked between January and March 2020. The most popular games on the platform are Fortnite, a massive multiplayer online game, and Rainbow Six Siege, a tactical shooting game. Both are very competitive.

Meanwhile, GamerCoach, a platform specifically for video game coaching, sold more than a thousand hours of sessions in March 2020, up from just 650 hours from the month prior.

Everyone is a Gamer

The video game industry thrived massively during the pandemic. While other markets suffered losses, video game companies saw their revenue increase. The use of analytics in the design process has played a huge role.

By August 2020, the sale of video games increased to $3.3 billion — a 37 percent growth compared to the same period in 2019. Part of the surge was caused by the imposition of restrictions to stop COVID-19. People stuck at home were looking for ways to be entertained while they waited out the public health crisis. Many people purchased a video game console to start playing. In fact, Nintendo Switch was sold out in many places during the first weeks of the pandemic.

But video game consoles were not the only ones that were in high demand. Mobile games sales on iPhones also increased in Japan and the European Union. Meanwhile, the PC market saw sales grow, particularly for gaming, for the first time in 10 years. Consumers were building gaming computers.

And, despite the restrictions being lifted, the outlook for the entire industry is still very positive, making analysts confident that the attention will not be temporary.

What Video Game Coaches Do

Many of these people are taking playing video games more seriously or taking the opportunity to be good at the video games they play. They need a coach to help them gain skills in the shortest time possible.

A video game coach can provide advice on how a player can make better decisions, for example. They may play against the client online and then record it to point out what can be improved or where the client went wrong. It is different from a professional sporting coach who may give instructions on how to win the game. The goal of a video game coach is to teach the client how to become a better player and show them a different way to enjoy the video game.

The fee depends on the level of expertise of the coach. An hour can cost about $15 to over $90. The business of coaching video games in-person or via streaming is estimated to have already exceeded $1 billion.

Playing video games has become a popular hobby across all age groups. More people are also now earning money from it via creating content online or competing in professional tournaments. Naturally, more people want to become good at it. Coaches can help them become better video game players.

Analytics is Driving the Future of Video Game Coaching

Analytics technology has become very common in the video game profession. Most of the discussions have centered on the benefits of using analytics in game design. However, it can also be very useful for video game coaches trying to help their users improve their skills. 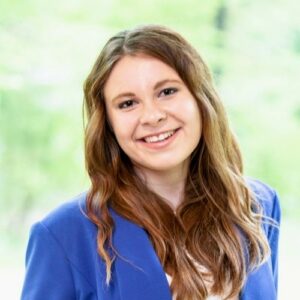 Dariia Herasymova
View More Posts
Dariia Herasymova is a Recruitment Team Lead at Devox Software. She hires software development teams for startups, small businesses, and enterprises. She carries out a full cycle of recruitment; creates job descriptions based on talks with clients, searches and interviews candidates, and onboards the newcomers. Dariia knows how to build HR and recruitment processes from scratch. She strives to find a person with appropriate technical and soft skills who will share the company's values. When she has free time, she writes articles on various outsourcing models for our blog.