We are currently approaching a cross roads in transportation that we really haven’t seen since the transition from the horse drawn carriage to the internal combustion engine automobile. Namely, the self driving car. Google, quietly and with no fanfare, until announcing in August 2012 that they had logged over 300,000 miles of accident free autonomous driving.

We are currently approaching a cross roads in transportation that we really haven’t seen since the transition from the horse drawn carriage to the internal combustion engine automobile. Namely, the self driving car. Google, quietly and with no fanfare, until announcing in August 2012 that they had logged over 300,000 miles of accident free autonomous driving.

Wikipedia had this notation: “An attorney for the California Department of Motor Vehicles raised concerns that “The technology is ahead of the law in many areas,” citing state laws that “all presume to have a human being operating the vehicle.” According to The New York Times, policy makers and regulators have argued that new laws will be required if driverless vehicles are to become a reality because “the technology is now advancing so quickly that it is in danger of outstripping existing law, some of which dates back to the era of horse-drawn carriages.” 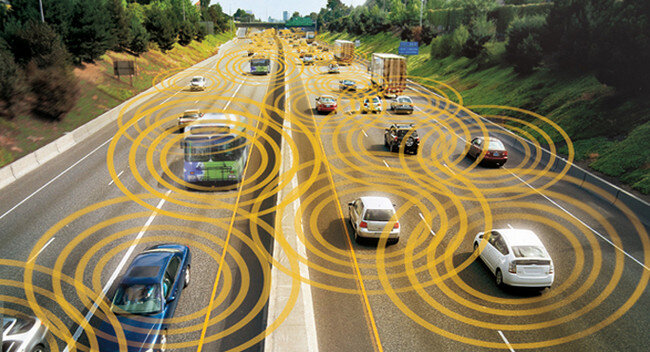 This gave rise to an onslaught of ideas in my mind as I was on a drive from Los Angeles to San Francsico and the practical implications. As California is one of just a handful states that have legally allowed self driving cars, this is something that will happen sooner rather than later. I’m sure someone other than me has thought about these ideas, but unlike when the automobile replaced the horse drawn buggy, which gave rise to a ton of new laws and industries, the transition to self driving cars is going to see the demolition of a large amount of public servants and various cottage industries that have grown up around driving.

The DMV can mostly go away. We won’t have drivers tests or drivers licenses. License plates can start to go away for cars that have ID embedded in them in a much more sophisticated fashion. I can see a transition of focus to things like recreational vehicles, ala motorcycles, boats, etc.

The traffic laws and methods of enforcement go away. There would be virtually no need for a “Highway Patrol” any more. Or those Cops sitting around in speed traps with their radar guns. The laws based on human reaction time just go away, and with them, the need for speed limits in general. Why can’t we have a 150MPH lane on the Freeway now? The reaction time of an undistracted computer makes speed limits meaningless. Since you are not limited by eyesite, driving in inclimate weather such as fog is also a non-issue. Graduate the speed by lane, so the longer trips go in the furthest lane from the on/off ramps and goes the fastest. With the elimination of traffic and speed laws, you can now live 100 miles from work and get there in a reasonable amount of time. Since you can now work or sleep or in some other way be productive on your drive, this time isn’t a total loss. This will lead to more exodus from urban centers. 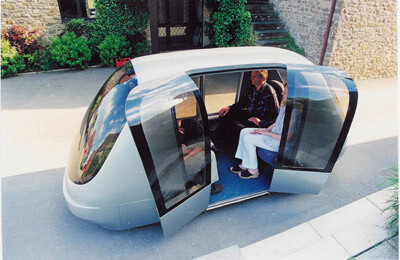 Let’s take that $100 billion they are talking about for a high speed train to nowhere in California and spend it on self driving cars. The very concept of mass transit can change radically. The idea of carpooling is open to a total paradigm shift. Imagine some sort of peer group, maybe a church, or a housing tract or a school, or a city, that has its own pool of self driving cars. We’ll use a school as an example. People sign up their times and location and the cars just make a circuit picking people up and dropping them off, they come out of the communal pool. You’re a stay at home parent and you really don’t drive enough to justify owning 2 cars, so you just use the communal one on an ad-hoc basis for some fee.

No more drivers education, behind the wheel training. No more DUI’s or other traffic related offenses. No more traffic school. No more lawyers based around traffic issues. This is what I was referring to with cottage industries around driving. Every single one of these goes away if you aren’t driving the car anymore and you can’t break a traffic law. Most of those traffic laws will go away and all the enforcement mechanisms with them. Auto insurance should also go away other than maybe a modest gas tax to manage a communal catastrophic coverage pool.

I see one big road bump, which will be when the first person dies from a self driving car, there will be public outcry. It won’t even matter if 100,000 people had not died at that point from car accidents, and then the lawyers and lawsuits will try to change the landscape, and probably not for the better.

Some of the remaining questions are how the transition period would be accommodated and how you address vehicles like motorcycles. I think motorcycles might be the only vehicle that you really couldn’t automate in the foreseeable future. You could do RV’s, but a lack of personal vehicle control experience would impact other segments like boating, where the government would probably want to transition the DMV so they would still have something to do. In Southern California there are usually a lot of paths between point A and point B, one idea would be to dedicate certain arteries to automated vehicles only. This might be considered as part of the transition.