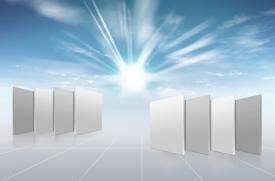 ROI for Big Data and Analytics

Future NFL Hall of Fame quarterback Peyton Manning is tough to beat. What’s his secret? Is it accuracy, the ability to throw a “catchable ball” or capability to diagnose defenses quickly?  The answer is probably all of the above, to some degree.  Yet stated another way, Manning’s offensive excellence comes down to two things –simplicity and ability to execute.

Future NFL Hall of Fame quarterback Peyton Manning is tough to beat. What’s his secret? Is it accuracy, the ability to throw a “catchable ball” or capability to diagnose defenses quickly?  The answer is probably all of the above, to some degree.  Yet stated another way, Manning’s offensive excellence comes down to two things –simplicity and ability to execute.

As Chris Brown writes for Grantland, Peyton Manning’s offense is simple, simple, simple. Brown says; “(Manning runs) the fewest play concepts of any offense in the league. Despite having one of the greatest quarterbacks of all time under center, the Colts eschewed the conventional wisdom of continually adding volume to their offense in the form of countless formations and shifts.”

A small number of plays that “fit together”. That’s it, with various personnel groupings. Chris Brown mentions that sometimes Manning’s offense uses three wide receivers and a tight end. Sometimes, two wide receivers and two tight ends. The simplicity of the offense means that Manning can quickly come to the line, diagnose what the defense is doing, and then execute the best play possible.

Manning is essentially saying, “You’ve studied up on what I’m going to run, now try to beat me.” And while the Baltimore Ravens did just that in 2013’s NFL Divisional playoff game, Manning’s regular season record of 13-3 suggests few teams could “out-execute” the Broncos.

There are parallels in commerce. For many years, the rage was to get bigger and more diversified.  For example, under CEO Dennis Kozlowski, Tyco Corporation acquired more than 1000 companies in a ten year stretch.  But too much growth and diversity resulted in an unwieldy business model. Thus, in 2002 Tyco was forced shed businesses and consolidate into four companies to better meet customer needs.

Some companies are known for a simple business model. Case in point, Priceline is a discount travel site. But during the early 2000s dot.com boom, Priceline got off track as its founders believed the “name your own pricing” model could be translated to car sales, travel insurance and groceries. It was only after re-focusing on its core business of booking unsold hotel rooms, did Priceline’s market value zoom from $226 million (January 2000) to $33.41B today.

Applying the concept of simplicity also holds for products and services. I’ve previously written about how some companies such as AWS are subtracting mental clutter in cloud computing services. From design of the cloud management console, to the actual service offers, AWS is baking simplicity into very complex “behind the scenes” products.

Please don’t get me wrong. Once in a while you’ll have to add complexity to your business. And of course, there’s nothing wrong with purposeful M&A or adding new product lines to your business stack.

However, in the dash to add grow at all costs, instead take a page from the Peyton Manning playbook and choose the concepts of simplicity (possibly through consolidation, better design, or being pickier about additions) and precise execution (doing things better than competitors).