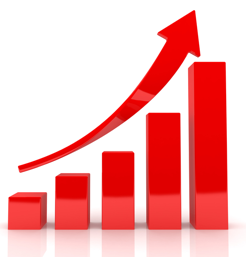 Conventional wisdom is often the result of a collective process. Bottled water is better than tap, eating fat causes health problems and ‘Conversion Rates’ in your industry—the most important metric in most digital subscription businesses—a re meant to remain low.

Conventional wisdom is often the result of a collective process. Bottled water is better than tap, eating fat causes health problems and ‘Conversion Rates’ in your industry—the most important metric in most digital subscription businesses—a re meant to remain low. As readers of Freakonomics, Moneyball and any of Gladwell’s books already know, conventional wisdom doesn’t always stand up to scrutiny. For the moment, let’s talk about Conversion Rates.

The word on the street is that conversion rates are just a numbers game, no matter whether the business model is to convert a free user to a paid customer or a freemium user to a paid customer. You have a lot of free subscribers, and some of them respond to your frequent email reminders and end up converting into paying customers. The number you have is the best you’re going to get. And so, eCommerce companies are happy if they net a 3% conversion, while Financial Services companies convert 10%, and SaaS companies top out at 5%-7% conversion. The only option is to acquire more free or freemium customers and do your best to nag them into converting. That’s just the way the world works.

But what if your conversion rates were not determined by some mysterious laws of economics, but just a result of conventional thinking? What if you had a “customer whisperer” who could tell you what you needed to say to any individual customer that will make your product irresistible?

Absent such a magic helper, what you have is a brute force way of sending mass messages and hoping some stick. Meanwhile, you’re seeing your customers get trained to ignore your ‘all-too-frequent-yet-not-very-useful’ messages. One day, when you send them a message they may actually like, they’re likely going to ignore that too. You run the risk of becoming the boy who cried wolf, to your own detriment.

Adding more people into the ‘free’ end of the funnel is an obvious way to increase conversion but it also means that you are committing to paying more for your product to be made available to them. Until you’re ready to increase the conversion rates with the full power of data and science, you’re likely looking at a ‘cash-burn and pray’ business model. It doesn’t have to end that way.

While continuing to add people to the ‘free’ end of the funnel is obviously necessary, it is just as necessary to find the right approach to nudge users along to convert. Outside of conventional wisdom, the data analytics based approach, entrenched in mining user data already available to the organization, is one lucrative alternative in the effort to increase free/freemium users to paid customers. There are tools in the industry based on data analytics which will help you determine who your lucrative users are through predictive lead scoring. While organizations are becoming increasingly data-driven with their decisions, there is still room for improvement when it comes to how the data is being used. Do they generate foresight or is it merely hindsight?

More advanced in terms of what it offers is the decision engineering approach to conversion optimization, which in addition to telling us who to persuade towards conversion also helps answer several important questions; What are my users most likely to do next? How can I nudge them along a different path for faster conversion? What is the best way to reach my persuadable (to conversion) user? What are my customers likely to do in the future?

As the rest of the business world abandons convention in favor of smarter decisions and faster growth, digital subscription businesses need to say “no” to the myth of perpetually low conversion rates and demand a better way. Between existing user data and a scientific approach, this convention will soon be a thing of the past.

AI Technology and Creativity Are Intertwined in Marketing