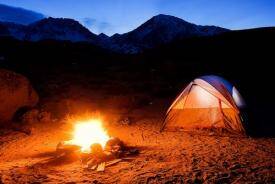 I’ve seen the promised (BI) land, and we are there: databases that fly and process any data; BI tools that are easy to use and fast. Wow! I’d retire but mainstream firms will take 10 years to capitalize on all the new technology & overcome dirty data & politics.

The refrain might go, “When tools fly, they will fly by themselves!” Other lines would caution us to update often, eliminate “politics,” and eat our carrots.

But things brightened when I considered the tweeter. Had this veteran watcher of the BI scene allowed himself a third tweet, he might have mentioned one of his most notable observations: the “purple people.”

Wayne Eckerson is steeped in the BI industry. He was the director of TDWI Research, and has since moved over to TechTarget. He knows all the campfire songs. But he’s got his eye on more than databases and other tools. He appreciates what he calls “the soft stuff.” He explains in the first chapter of his 2012 book, Secrets of Analytical Leaders: Insights from Information Insiders.

Breakthrough innovation occurs when reconciling opposites. Living at one end or the other of a philosophical or cultural spectrum is comfortable, but not terribly interesting or instructive. You know the answers before people ask the questions. Your past, present, and future are hard wired and unchanging.

That sounds like much of today’s conversations in business intelligence.

But people who live at the confluence of disparate approaches and opinions have a broader perspective. They see connections and possibilities that others miss. They speak multiple languages and gracefully move between different groups and norms. They continuously translate, synthesize, and unify. As a result, they imagine new ways to solve old problems, and they reinvent old ways to tackle new challenges. They are powerful change agents and value creators.

In the world of analytics, I call these men and women “purple people.” They are not “blue” in the business or “red” in technology, but a blend of the two, hence purple. Purple people are true analytical leaders …

They are “purple” not just from the blend of red and blue but from the actual blood in their veins, and probably also from the bruises they sustain. They are the new heroes, the new power centers, and the up-and-coming executives.

Tools may fly, and sparks may fly, but these people know better than most what to do with it all.

Buy his book. I hope it helps shift the business intelligence industry’s conversation further away from the purely technical and toward skills, culture, and organization. Secrets of Analytical Leaders: Insights from Information Insiders (2012; Technics)