Oracle kicked off its Open World 2011 conference with the announcement ofExalytics, a new data warehouse appliance specifically for business intelligence (BI). Three years ago when Oracle introduced the Exadata product line it was based on hardware from Hewlett-Packard. Since then it has acquired Sun Microsystems and replaced the HP components in Exadata, assuming complete control over the hardware and software included in the appliance. Oracle also introduced two other appliance products: Exalogic, which is focused on Oracle Applications, and more recently the Oracle Database Machine. Oracle’s new tag line, “Hardware and software, engineered to work together,” indicates its emphasis on these appliances and the potential for more, perhaps even some to be announced at Open World.

Originally Exadata appeared to be a competitive response to the granddaddy in the appliance business, Teradata, and a more recent entrant, Netezza (now owned by IBM). Now that Oracle has its own line of hardware it appears to have fully embraced the appliance model as a way to sell both hardware and software while maintaining higher margins.

Oracle is not alone in this move toward convergence of hardware and software. IBM has a similar push with its “smarter systems,” which it describes as integrated systems optimized for specific workloads. As part of this campaign IBM has introduces a series of Smart Analytics Systems that combine IBM hardware, data warehousing and business intelligence software. Teradata has also created a combined offering of its data warehousing products with BI software from Information Builders. 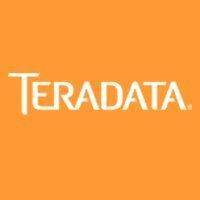 Big Analytics Rather Than Big Data

We’re Only Saying ‘Au Revoir’ to a Great Sponsor

The other market trend behind this convergence is cloud computing. We see cloud computing as one of five key technology innovations driving a revolution in information management. In this case, the combination of hardware and software available as a service in the cloud places competitive pressure on traditional vendors to provide solutions that have similar characteristics including ease of use, simplified setup and lower administration costs.

However, a comparison of Oracle Exalytics to these competitors’ offerings reveals a fundamental difference. Exalytics is designed to handle BI only and to work in conjunction with Exadata for data warehousing capabilities. It can also work with other databases, but the point is that Oracle has designed its systems to separate the workloads. Oracle applications customers can use Exalogic to handle their applications workloads.

In general, appliance configurations offer a number of benefits. It’s easier and faster to get a system up and running because the machine has been preconfigured and pretested so all the parts work together. No additional installation or configuration of software components is necessary. As well the hardware in an appliance can be optimized for the workload it will handle. For example, by understanding the typical BI workload, the balance of RAM, CPU and storage in the Exalytics appliance is designed to maximize the performance of the system. Appliances also typically include some redundancy in components to insure maximum availability of the system. Another important benefit for enterprise customers is that there is only one “throat to choke” for support and no passing of the buck between hardware and software vendors.

Vendors themselves benefit from appliance packaging and configuration. Testing a single configuration (or a limited number of configurations) requires much less effort than testing all the various combinations of hardware, operating systems, application servers and different version of software products. A single, integrated bill of materials reduces the number of variables that need to be tested and is likely to result in a higher-quality product that not only reduces costs for the vendor but benefits customers by reducing outages and the associated time spent on support issues.

The primary downside is vendor lock-in. Once you invest in one of these systems you no longer have the option to swap out one software component for another. Similarly, as hardware advances, you are stuck with what you have, since the vendor probably won’t be willing to retrofit new components into its existing appliance.

Oracle is taking a swipe at competitors on many fronts with Exalytics. Not only is it competing with hardware vendors, the visualization and in-memory capabilities making their debut in this product are designed to compete with offerings from QlikView, Tableau and Tibco Spotfire. But while these features may help Oracle catch up to these competitors, they are not differentiated enough to give Oracle a significant advantage over them. But the emphasis on planning and what-if analysis in the positioning of the in-memory capabilities of Exalytics could be a plus. As our business analytics benchmark research shows, despite their potential benefits only 26% of organizations currently use planning and forecasting as part of their analytic processes. The in-memory configuration and prepackaging of Exalytics could make these capabilities more accessible and improve performance, which might lead to greater adoption of these valuable techniques.

This release is Exalytics version 1. As with any first release, there will be improvements over time. However, the software components are based on previous releases, and Oracle has demonstrated an ability to package and deliver appliance configurations with Exadata and Exalogic. If you are an Oracle Business Intelligence customer or are thinking about becoming one, you should consider Exalytics.

Big Analytics Rather Than Big Data

We’re Only Saying ‘Au Revoir’ to a Great Sponsor