The Debate Continues: The Future Impact of Net Neutrality on the Cloud 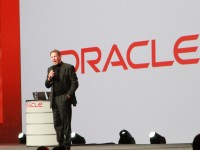 Oracle has inundated the cloud news headlines recently with their talks of matching Amazon’s pricing for cloud services. Oracle believes that it can cash in on being able to take databases that customers have typically housed on site and move them into the cloud. Naturally, Oracle would like their customer to keep their databases within the Oracle cloud versus moving them into another service. In a way, you could say that Oracle has moved all-in on cloud.

Larry Ellison, the eclectic billionaire who recently stepped down as CEO of Oracle mentioned, “We have a new, much-upgraded cloud platform… We launched our real platform this month.”

Since leaving Oracle as CEO, Ellison and company have supported a CEO by committee approach with Safra Catz and Mark Hurd operating as co-CEOs. Catz is quoted as saying, “As the movement to the cloud grows, we expect this transition will affect our revenue to the positive.” Catz continued, “These customers will essentially replace their software-support payments with a cloud subscription, which will mean substantially more revenue to Oracle.”

With the OpenWorld conference in San Francisco concluding within the past few days, there seem to be many nuggets that Oracle enthusiasts can take away from the meet up. Catz was quoted as saying at OpenWorld, “”If you are literally selling products that are completely undifferentiated, like x86 servers, why would anybody pay you for that? You don’t deserve a profit for that, unless you are—some people are in that business because they’re the biggest guys. They get such economies of scale that though they make 50 cents on every one, 50 cents here, 50 cents there, before you know it it’s 500 million. But for us, we’ve never been about being undifferentiated.”

Oracle argues that its specialty and expertise in database products will help bring more users into its cloud versus generic IaaS providers. The consensus is split among analysts. Some think that Oracle’s cloud strategy is legitimate while others seem to not be so optimistic.