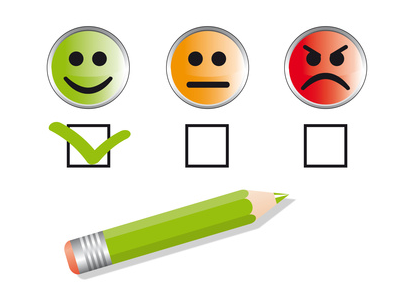 To begin at the beginning, which is good place to start, I read the piece on Wikipedia, and this was how it began:

“Sentiment analysis (also known as opinion mining) refers to the use of natural language processing, text analysis and computational linguistics to identify and extract subjective information in source materials.

To begin at the beginning, which is good place to start, I read the piece on Wikipedia, and this was how it began:

“Sentiment analysis (also known as opinion mining) refers to the use of natural language processing, text analysis and computational linguistics to identify and extract subjective information in source materials.

Generally speaking, sentiment analysis aims to determine the attitude of a speaker or a writer with respect to some topic or the overall contextual polarity of a document. The attitude may be his or her judgment or evaluation (see appraisal theory), affective state (that is to say, the emotional state of the author when writing), or the intended emotional communication (that is to say, the emotional effect the author wishes to have on the reader).” Source: Wikipedia Link:http://en.wikipedia.org/wiki/Sentiment_analysis

Well, that’s a fairly intuitive description. I could have almost have guessed as much.

But, back to the aim of analysing sentiment in Pulse comments, where to start and what to do.

What would sentiment analysis make of these:

On the death of an IT-business celebrity. What would sentiment analysis make of the very emotive comments of desolation, sadness and poignancy of people who didn’t personally know the departed, even remotely, or maybe didn’t even know of them until after they had ‘shuffled off life’s mortal coil’? How would that work? What would sentiment analysis make of the maudlin aphorisms, surrogate grief and bizarre sorrow of people separated by more degrees than Kofi Anan and Mork from Ork.  What additional insight does sentiment analysis tell us when these comments are analysed along with the body of the text and other comments that triggers these comments?

In a similar vein, how does sentiment analysis catch instances of sycophancy? Especially considering the fact that some of it is so ‘in your face’ and blatant that it often times seems to be a bad parody of a bad parody. “Oh, Ricky, why are you such a sexy brainbox?” How does it work in those situations?

Worse than that is the preening, gushing and obtuse texts of massive, errm… fabulators[i]. If it wasn’t about Big Data or Strategy or IT, it would be about something else, usually about the writer themselves. “I give Rafa and Rodge tips on tennis! I went to the University of the Universe and got a first! I challenged Superman to a race, and won! I have read the entire works of Dan Brown, 25 times…Neeeh!” What would sentiment analysis do with that sort of gold?

Also, what does sentiment analysis do with texts so ambiguously daft that they could mean anything? Okay, it might be able to pick up a few trigger words here or there, “rubbish”, “of”, “load”, “a”, “what”, etc. However, how does it know when “excellent” is being used in a way that means anything but excellent? For example, “Excellent Big Data job there”, with the silent “if you want a job doing properly then do it yourself”.

Finally, for the purpose of this little piece, what would sentiment analysis do with term abuse, if it could actually identify it? Going back to the use of the terms such as Big Data or Strategy, how can sentiment analysis discern between the dopey and wrong-headed use of the term, and when it is actually being used in a coherent, cohesive and consistent way, in line more or less with its formal definition? I suppose we can always write a mountain of rules to help us out:

If topic in focus of piece is strategy

And context of topic is business

And author of piece is Richard Rumelt

But you and try and maintain a rule base with isntances like that. It soon becomes a management nightmare.

Alternatively, maybe it could be used to analyse this text. It’ll have its work cut out, that’s for sure. Does sentiment analysis do sarcasm and cynicsm?

Anyway! I bet you might know how this sentiment analysis works, don’t you? On the other hand, if not, then it will be someone else who ‘knows’. But of course, all will not be revealed, because it’s a secret so powerful, that in the wrong hands it could be used to dominate the entire galaxy.

Only joking; and many thanks for reading.

[i]To engage in the composition of fables or stories, especially those featuring a strong element of fantasy: “a land which … had given itself up to dreaming, to fabulating, to tale-telling” (Lawrence Durrell).