10 Powerful Ways To Use Artificial Intelligence In eCommerce

Machine learning is leading to numerous changes in the energy industry. The Department of Energy recently announced that it is taking steps to accelerate the integration of machine learning technology in energy research and development.

The head of the Department of Energy announced that they will be investing $30 million in artificial intelligence and machine learning algorithms. The new programs will have multiple purposes. One of the biggest goals is to use machine learning to facilitate the development of new renewable energy technologies. The Department of Energy also wants to find more efficient ways to utilize the existing energy infrastructure.

How Will Programmers Play a Role in the New Projects?

There are many different programmers in the workforce, so it is likely that they will take specialized roles. However, languages such as Ruby are particularly important. The companies sponsored by the DoE are likely to hire a ruby on rails developer to tackle many of the pressing machine learning projects.

The Department of Energy should use case studies from Europe as a basis for its own research projects. The U.S.-EU Energy Council has long focused on sharing data between the respective countries. Most experts agree that they should share knowledge of AI and machine learning technology as well, since those technologies are crucial to new developments in energy policy. The government might get more value from its own machine learning initiatives by learning from mistakes made in other countries and building on their success.

During 2019, 2.3 GW of wind power was produced in Spain. This was the highest figure in the country since 2009. In Europe, there are already 205 GW of wind energy installed, which accounted for 15% of all electricity consumption last year. However, according to WindEurope, more than twice the capacity of wind technology would have to be installed to meet the objectives of the European Green Pact. The possibilities offered by the digitalization of the sector are the perfect key to achieve this, according to Kaiserwetter. This is one of the reasons the company has focused more heavily on artificial intelligence and new machine learning technology.

Spain was the second country in the European Union to install more wind power plants last year, behind only the United Kingdom (2.4 GW) and ahead of Germany (2.2 GW), Sweden (1.6 GW) and France (1.3 GW). But in order to be able to install more than twice as much wind technology and develop according to the Green Pact, the WindEurope association insists that a new approach is needed. The national Energy and Climate plans need to be more ambitious and increase investment in the sector. They will also scale their investment in machine learning tools, which is something that the Department of Energy should focus on as well.

Kaiserwetter explains that one of the biggest problems with wind energy and other renewables is that energy efficiency is more difficult to predict. Standard power curves do not always match reality in some places. This is compounded by technical difficulties, such as problems with generators, faults or any other inconveniences that may arise. A stronger focus on digitalization in the energy sector, particularly with artificial intelligence, makes it possible to improve the efficiency, productivity and dependability of production plants, which will help compensate for unpredictable natural events. AI and machine learning helps maintain energy production at 100% and make the most of investments, according to the German company.

This way, twice as many GW per year can be developed to meet the objectives of the Green Pact and avoid economic losses: “Asset failures can have very negative financial consequences, reducing profitability and the cash flow dedicated to loan repayments. However, the detailed findings of intelligent asset performance analysis allow financers to minimize risks and maximize expected returns,” the company reports.

The Department of Energy should pay close attention to developments made by Kaiserwetter. They may find that funding similar projects will have the best results.

Kaiserwetter offers the Aristotle IoT platform to manage all this. The multinational explains that its first technological spin-off, IRIS, makes it possible to offer detailed analyses of the state and potential of the wind turbines of an entire wind farm, in the record time of five days. “This speeds up M&A transactions worldwide by optimizing the technical due diligence process of wind farms and machines in operation. In addition, the status reports allow the identification of the essential points for optimizing energy efficiency”.

“The predictive analysis provided by artificial intelligence applied to a renewable park makes energy production forecasts more accurate, allowing more precise generation offers to be made, covering the greatest possible demand and ensuring stability. Furthermore, it is fundamental to transform the way energy is produced and distributed, attracting energy intelligence to the sector. In this way, advances in artificial intelligence help catalyze investment in renewable energy and reduce CO2 emissions, effectively bringing us closer to the climate-neutral Europe expected in 2050,” he concludes.

Machine learning and AI will fundamentally altered the US energy industry

The Department of Energy he’s making it historic investment in machine learning. The proposed $30 million initiative highlights their belief that new technology is crucial to the evolution of our energy infrastructure. This could create significant benefits for renewable and conventional energy companies. 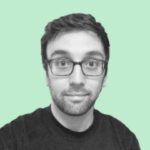