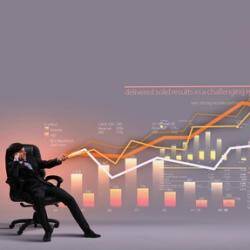 Nearly every type of firm depends on understanding its customers. These people are the lifeblood of the business, and knowing what their next move will be can transform entire strategies and put firms on the right track. This process of knowledge building has become more effective in recent years as companies have built reserves of data.

Nearly every type of firm depends on understanding its customers. These people are the lifeblood of the business, and knowing what their next move will be can transform entire strategies and put firms on the right track. This process of knowledge building has become more effective in recent years as companies have built reserves of data. Adding big data components to business intelligence projects has transformed these processes from measuring operations that can answer determined questions to exploratory undertakings that hint at possibilities for the companies involved. No matter the field, this is an exciting time to be working on new analytics projects.

Data drives entertainment
ComputerWeekly recently sought out the opinions of executives who have instituted updated analytics operations. Channel 4 CTO Bob Harris told the source that the simple presence of massive data reserves inspires users to think about what they could be learning. Harris stated that the U.K. TV channel created a special big data team, but noted that the classic BI approach is not dead. He noted that he is still in favor of using relational databases for some roles, and that unstructured information can coexist with companies’ classic information reserves. The progress of technology has made new setups tenable.

For example, Harris told ComputerWeekly that the cloud has made big data use more attainable and positive. Cloud resources can expand without the addition of new hardware, meaning it is easier than ever to build out huge information reserves, large enough to tolerate the new inputs companies are seeing from their many sensors. Harris stated that his channel is now capable of finding deep connections between consumer behaviors, patterns that might have been undetectable by conventional means. Having more raw information to work with can change the way companies make high-level plans. This is perhaps most evident in big data’s ability to power predictive algorithms.

New ways to consume data
While the nature of information is undoubtedly changing, that is not the only shift in the analytics world. There are now new avenues through which employees can view the results of advanced analytics algorithms. These include mobile BI dashboards, viewable on smartphones and tablets in the hands of everyone from the CEO to salespeople in the field. Another offshoot of this greater portability could be the rise of self-service BI plans. These operations take control of BI algorithms out of the IT department and give it to the workers in the field, boosting agility and response time significantly.