Predicting Which Jobs Will Be Disrupted 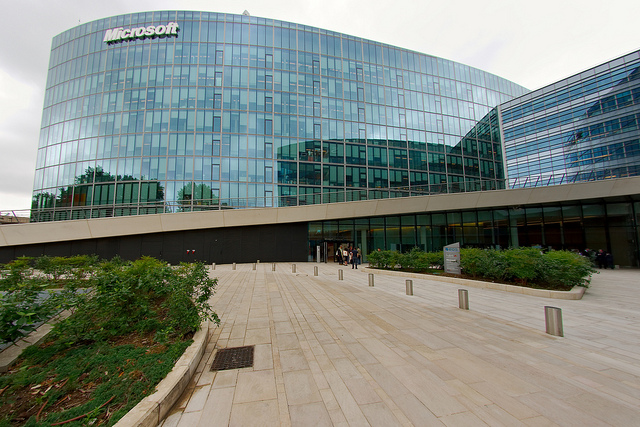 The Microsoft PR crew has been working overtime given the overwhelming amount of public announcements that has originated from the Redmond, Washington based company.

The Microsoft PR crew has been working overtime given the overwhelming amount of public announcements that has originated from the Redmond, Washington based company.

NetApp has announced a storage connector that would seamlessly integrate into your Azure management portal. This allows Azure users to store data off site in a private NetApp facility. This hybrid approach gives businesses additional certainty that their data is being cared for properly and is not at risk. NetApp utilizes the new Microsoft ExpressRoute technology, which creates private routes between datacenters resulting in faster connectivity. PCWorld reports that ExpressRoute is 36% faster than VPN over the public internet.

Microsoft inked a deal to use wind energy produced by a wind farm in Pilot Hill, Illinois. Microsoft’s deal guarantees that Microsoft will buy 175 megawatts of wind energy for 20 years in efforts to power one of its biggest datacenters located near Chicago.

The Microsoft Worldwide Partner Conference has been ongoing in WashingtonDC. Trend Micro, a popular antivirus company, announced that they would be offering a Cloud App Security solution for Office 365.

Cisco and Microsoft agreed to a partnership in which the two companies will combine their resources to invest in sales, engineering and marketing resources for future datacenter integration projects. Frank Palumbo, SVP at Cisco mentions, “From innovative technologies and global brands to specialized channel partners, Cisco and Microsoft have the ingredients to transform the traditional datacenter. Now we’re expanding our long-standing technical partnership with Microsoft with an aggressive global go-to-market and sales initiative,”