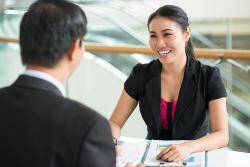 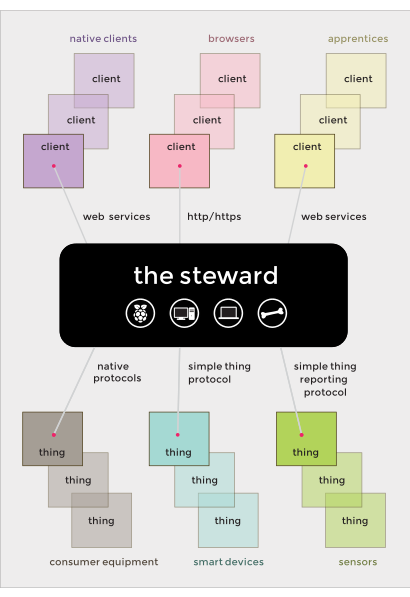 If you are trying to have more of an autonomous home, you might be interested in taking a look at what Marshall Rose is doing lately. I am very fortunate to count Marshall as a friend. Marshall, for those of you who don’t know him, was the inventor of a series of protocols that form the backbone of much of today’s Internet.

If you are trying to have more of an autonomous home, you might be interested in taking a look at what Marshall Rose is doing lately. I am very fortunate to count Marshall as a friend. Marshall, for those of you who don’t know him, was the inventor of a series of protocols that form the backbone of much of today’s Internet. He is also the author of several books, including the now classic Internet Messaging that we co-wrote and features a forward from Penn Jillette.

His current project is called The Thing System. I spoke to him while he was in his home test lab where is building the home of the future. “My definition of success is to go to a zero remote control environment. I want to stop the madness of having a dozen different remote controls on the coffee table. Even though many of them have been replaced by smartphone apps, it still is silly.”

So he went about this task in his usual way, by inventing another protocol and then a management infrastructure that would handle as many of our Things as possible.

It is true that there are lots of folks who are trying to make homes more automated, and some of them are coming up with some pretty nifty devices. But what is at issue is that the Thing they do isn’t compatible with anyone else’s Thing. And once you create your device, whatever it might do, you can’t sell that by itself. You need iOS and Android apps, a cloud service so you can access the information, and some kind of analytics to spot your usage trends. “The cherry on the cake is all this has become a walled garden and one Thing doesn’t talk to any other. Plus, the economics have introduced a perverse set of incentives for the Thing makers.”

Let’s say you have a Nest thermostat, which looks like a pretty nifty device. And you buy a Netamo air sensor, which looks like another nifty device. Now you want the two to talk to each other, to note when maybe carbon dioxide levels start rising at particular times of the day, so you can turn on your blower to clear the air in your home. Right now there is no way to do that, because the two Things don’t talk the same language, or even operate on the same networks.

That’s where The Thing System comes into play. “We need an intermediary, what we call a Steward, to implement the communications among Things.” Think of this as a cross between Simple Network Management Protocol (which Marshall had a hand in creating) with a little dash of Web 2.0 and Javascript thrown in. “The job of the Steward is to discover your things. You never have to type in an IP address, it scans your network and knows what devices you have and figures out how to talk to ithem and has a rules engine for various actions.” Marshall and his colleagues are still working on perfecting these rules. On The Thing System website, you can see his progress and which devices he still has to integrate into the Steward.

Some Things are more vexing than others to integrate. Marshall mentioned a Kevo lock that doesn’t communicate via the Internet, just Bluetooth, which you can read about here. The Nest thermostat uses a motion sensor to determine when you are home and when you aren’t – which works well if you have kids running around your home, but doesn’t if you sit in your office at the other end of the house and type on your computer. “Wouldn’t it be great if the Nest knew that you were a few miles from home and your car told it to warm up your house? Or even better, a sensor that knows it is you about to walk in the door and unlock it for you because you are carrying a lot of stuff?” Yes, it would.

Certainly, smart homes aren’t anything new; people have been building them for years. Almost ten years ago, I visited John Patrick’s home in Connecticut where he put together some very smart systems from scratch, using the technology of the time. I spoke to him this week where he told me, “We are a long ways away from anything to anything connections.” Back when I saw his house, he had a Lansonic music streaming box, but since then he had upgraded to Sonos’ equipment and Perceptive Automation’s Indigo control software. Otherwise his basic infrastructure hasn’t changed and “still pretty leading edge,” he told me. “What is frustrating is all the big guys are at war, and no one box can stream all the available content.” He was intrigued by The Thing System, and wishes them lots of luck.

Meanwhile, you can put together many of the pieces that support The Thing System right now, including running the Steward on either your PC or a Raspberry Pi machine.  And maybe the Internet of Things will become a little more connected and useful along the way.

Big Data Leads to the Possibility of a Cashless Society