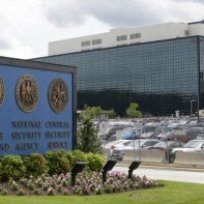 Last week, the Obama Administration released a 90-day study commissioned by the President on big data and privacy. This study was part of President Obama’s response to the NSA surveillance scandal and its aftermath. Led by White House counselor John Podesta, the report details concerns over how big data can be used to target consumers and lead to discrimination, among other things.

Last week, the Obama Administration released a 90-day study commissioned by the President on big data and privacy. This study was part of President Obama’s response to the NSA surveillance scandal and its aftermath. Led by White House counselor John Podesta, the report details concerns over how big data can be used to target consumers and lead to discrimination, among other things.

But knowing what we know about the widespread collection of personal information by advertisers and the government alike, is this report a day late and a dollar short?

The report outlined a number of policy recommendations to protect consumers, which are mentioned below:

What the Report Left Out

Unfortunately, there were a number of issues that the report was less clear on.

In regards to metadata (such as your location information that can be easily tracked via your cell phone, or who you called), the report claimed that experts are divided whether this sort of content needs to be protected as well.

Metadata reveals a lot about you, such as who you associate with and how you spend your time, so this sort of data should be offered the same sort of privacy protections as other personal information. The report limply stated that the government should look more at this issue.

The report also downplayed the shady world of data brokers. While the report mentioned the need for a Consumer Privacy Bill of Rights so consumers can access and correct personal data online, it didn’t mention why this was so important. Most of us have no idea how much information is being collected by these data brokers, and how this data is being used. The report should have mentioned why greater transparency around data brokers and their industry is vitally needed.

But perhaps the biggest omission from the report was why the report was created in the first place: the NSA’s use of big data to spy on innocent U.S. citizens. Even though the report was a response to the Edward Snowden’s leaks regarding NSA surveillance, the report makes no mention on how the government collects information on citizens and what, if anything, should be changed.

Given that the report spends much time on how the privacy sector needs to offer more transparency around how they collect data, you would think it would be important for the government to outline how they will be collecting personal information going forward.

At the very least, given the collective outrage from the Snowden leaks, the government should support efforts to end the mass collection of information on privacy citizens, and disclose the mass spying techniques they currently use and set standards for how they are to be used.

How A Data Mining Approach For Search Engine Optimization Works