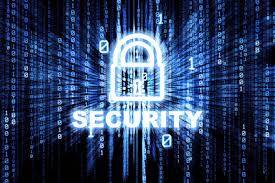 We’re now more than halfway through 2014, and as with any year, the world of technology has been rapidly progressing and evolving. This year, there’s been more discussion than ever about numerous topics such as the benefits of big data, the Internet of Things, mobile technology, and how to make the most of cloud computing.

We’re now more than halfway through 2014, and as with any year, the world of technology has been rapidly progressing and evolving. This year, there’s been more discussion than ever about numerous topics such as the benefits of big data, the Internet of Things, mobile technology, and how to make the most of cloud computing. There’s plenty of excitement to be had so far and much more on the way, but in the fast moving technological environment we now live in, there’s also reason to worry. Security in particular, whether it’s network security, computer security, or IT security, is foremost on many business leaders’ minds. To prepare for what the future may hold, it’s important to look back at some of the recent trends to see the threats and solutions having the biggest impact on cyber security.

Perhaps one of the biggest movements to happen in recent months is the expansion of devices now connected to the internet. While this can be seen through the adoption of smartphones and tablets all over the world, it also applies to other everyday objects that now find themselves with web access. That expansion is only expected to increase over time, with the number of internet-connected objects predicted to explode from 10 billion today to 50 billion by 2020. Many are using the term the Internet of Things to explain the phenomenon, and while it opens up innovative new options for making life easier and more connected, it does lead to a greater attack surface for attackers to take advantage of. That’s why companies are looking to make the Internet of Things more secure, but not by simply expanding traditional security procedures, which would prove ineffective. One method aims to reduce that amount of attack surface, limiting the possibilities of an infiltration. The method includes using some basic defensive measures such as frequent software patching, advanced user identity and network management, and the elimination of infrastructure dark space. These strategies can end up reducing attack surface by as much as 70%.

In the past few years, businesses have begun truly utilizing cloud computing in new ways. Now more than ever, cloud providers are offering new services that can help companies be more efficient and productive. But as businesses move to the cloud, so are attackers. The reason for this is that with movement to the cloud, businesses will often send their corporate data there as well. Cloud security is very much a work in progress, and attackers have been eager to infiltrate the cloud to steal not just business data but people’s personal data as well. Attackers may in fact hold sensitive data for ransom, sort of like blackmail, in order to extract value of their own from it. Cloud vendors will need to provide stronger password capabilities and reinforced cloud data access policies to ensure this doesn’t happen.

Nearly everyone has a smartphone these days, and this fact has not gone unnoticed by attackers. While smartphones are certainly convenient, they are also frighteningly vulnerable. One study shows 80% of smartphones have no malware protection at all, which makes them a prime target for cybercriminals looking to gain access to them. The amount of malware aimed at iPhones and Android devices is growing exponentially, as is the number of devices that have been infected. Of particular concern is the increase in Android malware, but whatever device you use, securing mobile technology will take time. Improvement are already being made, but it will take time before they become a common feature on smartphones.

(Tweet This: One study show 80% of smartphones have no malware protection. #mobile #security)

Cyber security is also being made a much more important priority for third party organizations. You’ve likely heard of the massive security breach that hit Target, costing the mega-corporation tens of millions of dollars, not to mention compromising sensitive information for millions of customers. The attackers were able to gain access to Target’s systems by infiltrating a third party organization, which already had access to the Target network. Breaching the third party made access to the larger internal system much easier. With this damaging breach, companies are now working harder than ever to secure their supply chains, with more emphasis being placed on increasing security for third parties. The process to do this won’t be easy, but as seen in Target’s case, the alternative is simply too costly.

Security will never be perfect. Businesses will have to be constantly vigilant as they search for attackers intending to inflict harm and steal data. While no security measure can deal with all present and future threats flawlessly, companies are working hard to make sure cyber security is ready to meet these challenges. As security improves, businesses and individuals can rest a little easier knowing their information is protected.