Judgmental Adjustments to the Forecast 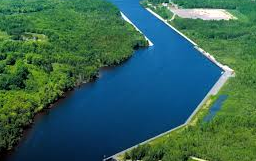 When high concentrations of nitrogen and phosphorous build up in waterways, as a result ofpolluting activities like over-fertilizing crops and burning fossil fuels, there can be devastating effects on ecosystems, the economy, and human health.

When high concentrations of nitrogen and phosphorous build up in waterways, as a result ofpolluting activities like over-fertilizing crops and burning fossil fuels, there can be devastating effects on ecosystems, the economy, and human health. These elements are essential to plant growth, but too much can create ideal conditions for potentially deadly toxic algae and parasites and can lead to “dead zones”—areas, such as those in Maryland’s Chesapeake Bay, where rapid algal growth blocks so much sunlight and consumes so much oxygen that other plants, fish, and shellfish cannot survive. Advances in sensor technology have made it possible to collect and analyze real-time data about the presence of these elements in waterways to better protect against these kinds of environmental disasters, which cause $2.2 billion in damages every year in the United States alone. However, universities, scientists, environmental groups, and regulators on limited budgets have been unable to take advantage of nitrogen and phosphorous sensors because of their high cost. But now, a joint initiative by a handful of U.S. government agencies and research institutions, including the Environmental Protection Agency (EPA) and Tulane University, called the Nutrient Sensor Challengeaims to address this problem by facilitating the development of low-cost sensors while simultaneously demonstrating the demand for these devices to the private sector.

The challenge is straightforward: teams will compete to produce sensors that can, at a minimum, operate reliably underwater for three months without human interaction, measure dissolved nitrogen and phosphorus, be easy to use, report data in real time, and cost less than $5,000 to purchase. Winning teams will get exposure to potential partners and investors that could help them bring these devices to market. And the market for such devices is substantial—preliminary research indicatesthat a small number of state agencies, local governments, and federal programs would purchase thousands of these sensors alone—and this demand will likely grow larger as more states develop nutrient reduction programs.

Registration for the challenge closed in March 2015, and the project’s leaders at the EPA have told the Center for Data Innovation that 29 teams have registered to compete. Data from beta testing, which will begin in the fall, will only be available to the teams themselves so that teams can use this feedback to improve their product for the official testing phase without having to worry that any early hiccups might negatively color their exposure to potential partners and investors. After beta testing ends, the project’s leaders will spend most of 2016 verifying the sensors in laboratory and field settings. Based on these results, the challenge’s leaders will announce a winner in December 2016, so that the winning sensor could potentially be commercially available in 2017.

It is encouraging to see EPA and other agencies involved in the challenge turning to the Internet of Things to help solve an important public problem. These new data streams should not only improve existing agency programs, but could also provide entirely new avenues through which these agencies could serve the public. For example, if EPA and Department of Agriculture already had a robust nutrient sensing network in place, they could also rapidly detect and report spikes in toxic algae growth to nearby farmers that rely on natural water sources to sustain livestock or water their fields. Government agencies at all levels should take a similarly proactive approach and identify areas where new connected technologies could help improve agency programs and develop plans to integrate the Internet of Things into mission delivery.