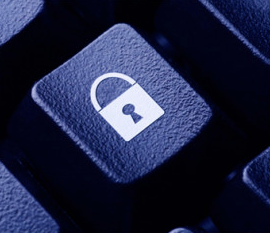 Virtualization can do a lot for a company. It can increase a business’s efficiency, doing more work with less equipment. Virtualization can also save on costs, particularly when it comes to cooling down servers and getting things back up and running after a technical disaster.

Virtualization can do a lot for a company. It can increase a business’s efficiency, doing more work with less equipment. Virtualization can also save on costs, particularly when it comes to cooling down servers and getting things back up and running after a technical disaster. That’s just scratching the surface of all the benefits virtualization technology has to offer, so it may come as a surprise that some business leaders are still hesitant to make virtualization a part of their companies. The main concern they have usually has to do with security. Moving sensitive data and programs to virtual machines can sound like a risky strategy, no matter what benefits can be provided. When utilized properly, however, virtualization may actually end up improving security, alleviating any doubts in using the technology.

For server virtualization, it becomes even more necessary it provide adequate security. According to one report, more than 90% of records that are stolen by attackers come from servers, and it’s a number that’s only expected to rise over the coming years. Servers that are virtualized have a number of advantages to work with when it comes to security. For one thing, virtualized servers are able to identify and isolate applications that are compromised or unstable. This means that applications that may have been infected with malware are more likely to be identified and separated from the other applications to avoid the spreading of any malicious viruses or damaging elements. In addition to that, virtualized servers can also make it easier to create more cost-effective intrusion detection, protecting not just the server and the virtual machines themselves but the entire network. Virtualization with servers also allows easier monitoring by administrators. By deploying monitoring agents in one virtual location, administrators can more easily view traffic and deny access to suspicious users. Server virtualization also allows a master image of the server to be created, making it easy to determine if the server is acting abnormally or against set parameters.

Though perhaps not as common as other forms of virtualization, desktop virtualization is still more than capable of making business more productive while still addressing security issues. IT departments are able to better secure virtualized desktops by controlling what users are able to do from a central location. Desktop virtualization also provides for customizing security settings and making changes to meet any new demands. In this way, not only are desktop computer more secure, it makes the IT departments’ job a lot easier.

Whether going the desktop, network, or server virtualization route, IT security will always be high on the list of priorities. While at first seen as a potential security liability, virtualization can now be seen as a security enhancement. In the capable hands of the right experts, businesses should be able to prepare the virtualized systems that allow any challenge from a security threat to be met with a rapid and decisive response, thereby keeping valuable company data safe.