So, You Want To Be A Data Scientist?

Author’s note: This is a modified version of two posts I recently ran at the Insurance Networking News site.

Author’s note: This is a modified version of two posts I recently ran at the Insurance Networking News site.

If you are the IT manager of any company, you probably get calls, visits, emails and mailers from any one of the large IT vendors – IBM, Oracle, Microsoft, Dell, HP, Cisco and EMC to name a few, not to mention vendors specific to your industry. But how many solicitations do you get from Apple? 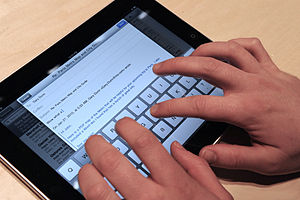 Yet, your company is probably crawling with Apple sales representatives. Not paid representatives, mind you, but your employees, many of whom are Apple customers (who are more powerful sales representatives than any other vendors’ rep forces combined). Your employees bring in and use Apple devices every day of the week. In fact, the professional vendor salespeople who make calls on your company every week also probably bring Apple devices with them to help with their pitches.

Talk about succeeding in the enterprise without even trying. The largest IT vendors in the world have very aggressive enterprise strategies. They have entire segments of their salesforces committed to selling into the enterprise. They have versions of their products that are built at enterprise-strength.

Apple, on the other hand, as far as I can tell, does not have an enterprise strategy. Steve Jobs, in fact, once famously expressed his distaste for the enterprise. It builds products for individuals and consumers, period. Yet, it is projected to have more of an impact in the enterprise than any other vendor. It is shaking up the end-user, client-side segment in a way not seen since the dawn of the PC in the early 1980s. Its devices are probably becoming just as ubiquitous in office environments as Windows PCs.

A study out of Forrester Research projects that enterprise spending on Apple products will jump 58 percent this year, to $19 billion on iPads and Macs. This is up from around $12 billion last year, and spending will rise to $28 billion in 2013.

And against all the conventional wisdom that has built up over the decades. For years, the emphasis in enterprise computing has been away from hardware, to the ability to run software on any machine that is available. Microsoft Windows certainly ascribes to this model of commodity hardware. Of course, Linux runs on almost anything. The commodization of hardware drastically lowered the cost of computing, while increasing its flexibility. But Mac OS X only runs on Macs—the hardware and software are one inseparable package.

How does Apple sustain a fused hardware/software model that has long been abandoned by everyone else in an era of commodization and flexibility? It boils down to vision. Most vendors want to sell you a box. Apple, on the other hand, wants to sell you a revolution. Rightly or wrongly, they are driven by an almost obsessive vision on making computing affordable, accessible, easy and even fun to everyone on the planet. Yes, Apple is happy to take your money, too. But that’s not the image they project to the world. And CIOs and IT managers have been forced to sit up and take notice.

But the CIOs aren’t the ones pushing Apple. Instead, its products are being brought in en masse by the rank-and-file, as the world appears mesmerized by the elegance, capabilities and ease of use of its products ranging from iPhones to iPads and Macs.

We’ll see if it lasts. Technology markets are not kind to vendors who slacken off on innovation, and tend to go through annual upheavals. But for now, Apple is the “it” company — no matter what upper-case “IT” thinks.