Be Wary of the Science of Hiring 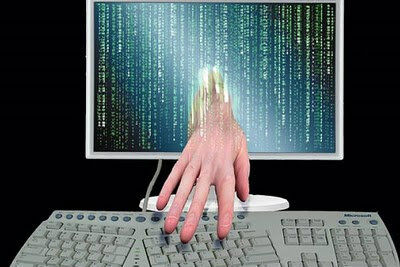 Nearly every business strategy introduced these days usually includes some form of big data analytics. This has led to an explosion in the amount of information available to companies and institutions. Never before have they been able to access so much data based on so little criteria. Simply entering in a ZIP code can reveal a wealth of information about somebody’s economic standing, lifestyle, and more.

Nearly every business strategy introduced these days usually includes some form of big data analytics. This has led to an explosion in the amount of information available to companies and institutions. Never before have they been able to access so much data based on so little criteria. Simply entering in a ZIP code can reveal a wealth of information about somebody’s economic standing, lifestyle, and more. The result has been a revolution of sorts for sales, marketing, and other industries as they’re able to finely target different segments of society and store that information with flash storage. Individually tailored sales pitches, product reveals, and advertisements have become a common sight on the internet. As beneficial as big data analytics has become, an unpleasant reality has begun to set in. With the arrival of big data, there is now a spreading concern over big data discrimination, which could potentially disenfranchise whole segments of the population.

It’s important to understand precisely what is meant when people speak of big data discrimination. The process of big data analytics, as briefly described above, involves collecting large amounts of information, running that data through an algorithm, and coming up with unique insights by noting previously unseen patterns and trends. To come up with the most accurate insights, general patterns have to be recognized. In the case of marketing, for example, identifying potential customer segments to target is essential for a campaign to be successful. This process, however, may end up excluding certain demographics for the simple fact that they fall outside the general pattern. If those demographics are ignored, that would mean they wouldn’t receive the same discounts, offers, sales, and products being pitched by companies.

As can be seen, big data discrimination ends up hurting portions of the population based on data collected about them. It’s a negative consequence of big data analytics, with minority populations often coming out on the losing end since they are generally less wealthy and educated compared to other segments of the population. Of course, much of big data discrimination is an unintended result of using big data algorithms for analysis. Algorithms simply look at the numbers fed into them. Many defenders of this are quick to point out that what appears to be discriminatory is more a reflection of just how the world is. After all, a luxury car company will target portions of the population that can afford their products in the first place. Even if the effect is unintentional, however, the process of excluding data outliers does potentially rob whole segments of society of the same opportunities for lower prices or better deals, regardless of the product. Companies need to understand this and work to fight big data discrimination.

Coming up with a workable solution is by no means an easy matter, but businesses that fail to confront the issue risk action from federal agencies and possibly even lawsuits by civil rights groups. In other words, ignoring it now could prove detrimental in the future, so businesses need to enact solutions now. One way to ensure big data discrimination doesn’t occur is to take a closer look at a company’s analytics techniques and refine the methods they use to come up with insights. Another possible answer could come from further use of algorithms. After all, if technology led to the problem, it could be put to use to correct it. Using a big data algorithm to accurately measure the effect of discrimination could help minimize its impact and ensure fair treatment across all demographics. Companies should also adopt best practices for utilizing big data. That means only using it, as an example, for marketing and developmental purposes and not for creating negative consumer profiles. Last but not least, companies should approach big data discrimination by fostering a culture of transparency. While they may not be willing to share the secrets of their big data algorithms, they should be open about how they use their data and the effects it has on their practices.

Even by integrating these big data solutions, fully eliminating big data discrimination is never guaranteed. Companies will need to be vigilant in their use of big data, ensuring that everyone is fairly represented. The fight against big data discrimination is only getting started, and with the arrival of the Internet of Things, the digital divide may only get worse. Working to stop it now will make the fight easier in the years to come.