MapReduce is a powerful programming framework for efficiently processing very large amounts of data stored in the Hadoop distributed filesystem.


MapReduce is a powerful programming framework for efficiently processing very large amounts of data stored in the Hadoop distributed filesystem. But while several programming frameworks for Hadoop exist, few are tuned to the needs of data analysts who typically work in the R environment as opposed to general-purpose languages like Java.

That’s why the dev team at Revolution Analytics created the RHadoop project, to give R progammers powerful open-source tools to analyze data stored in Hadoop. RHadoop provides a new R package called rmr, whose goals are:

Together with its companion packages rhdfs and rhbase (for working with HDFS and HBASE datastores, respectively, in R) the rmr package provides a way for data analysts to access massive, fault tolerant parallelism without needing to master distributed programming. By providing an abstraction layer on top of all of the Hadoop implementation details, the rmr package lets the R programmer focus on the data analysis of very large data sets. 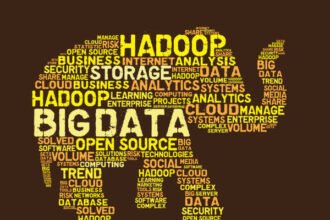 100 Petabytes of Data in Poop?

The Fallacy of the Data Scientist Shortage

What Is a Data Scientist (and What Isn’t)?

Ring in the New Year with New Data Products

If you want to get started with MapReduce programming in R, this tutorial on rmr shows simple equivalents to the R functions lapply and tapply in map-reduce form. It also gives some simplified, but practical examples of doing linear and logistic regression and k-means clustering via map-reduce. For more advanced map-reduce programmers, these pages on efficient rmr techniques and writing composable mapreduce jobs will also be of interest.

The rmr package is available for download from the github repository under the open-source Apache license, and we encourage other Hadoop developers to get involved with the RHadoop project.

Note: As an introduction to the RHadoop, project lead Antonio Piccolbini will join Revolution Analytics CTO David Champagne for a webinar Wednesday, September 21. Register here for a live introduction to the rmr package and how to use it to analyze big data sets within the map-reduce framework.

100 Petabytes of Data in Poop?

The Fallacy of the Data Scientist Shortage

What Is a Data Scientist (and What Isn’t)?