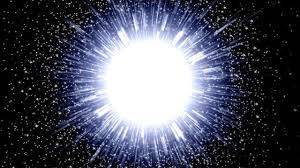 Not only governments are sitting on huge piles of data, also governments are known for creating enormous amounts of data. In fact, they are one of the biggest data-creators in the world and all this (raw) data can be worth a lot of money.

Not only governments are sitting on huge piles of data, also governments are known for creating enormous amounts of data. In fact, they are one of the biggest data-creators in the world and all this (raw) data can be worth a lot of money. McKinsey estimated in 2011 that the potential value of Big Data for the European Sector would be up to € 250 billion per year in 2020.  Most of all the data is created with public money, and therefore it would be logical that this data is also returned to the public for public usage. This would allow them to create new and innovative services that could have a significant impact on economic growth.

Many governments from around the world are moving towards opening their data sets. The European Union is working on regulations to unlock the data held by European Institutions and the American government has an open data initiative that was launched in 2011. In addition, the Australian Government has developed a big data strategy with the objective to make the data held by the National or Regional authority publicly available. With the big data strategy the Australian Government wants to make sure that governments and organizations take full advantage of all the big data benefits while ensuring the privacy is protected. But there are more countries of course and a report by Capgemini Consulting on the Open Data Economy showed that countries can be subdivided in three different categories regarding opening their datasets: Beginners, Followers and Trend Setters. They analyzed 23 countries and currently 22% of countries shared data that can be classified as comprehensive – data with high value information, granular in nature and including extensive datasets, so there is still a lot of work to be done.

The data that can be published, sold, bought, shared or downloaded for free via these portals offer massive opportunities for countries, companies and startups from around the world. According to Neelie Kroes, VP of the European Commission, opening up public datasets could double the value of it to around € 70 billion. Subsequently, such data portals can be used to create applications that can help improve society, tackle economical problems and drive economic growth.

There are ample benefits for both governments and businesses. According to the Capgemini report, Open Data Portals can drive revenue, cut costs and improve efficiency and generate employment for future generations. Governments for example can increase their tax revenues though increased economic activity or make money through selling high value added information for a price. Although it can be argued that raw data, being public data, should be made available for free or at cost price, pre-analyzed data can be sold at a premium. According to the report “in countries where organizations have moved to marginal/ zero cost charging models, the number of re-users increased by between 1,000% and 10,000% leading to an increase in revenues.”

When different data sets are linked with each other and with private/company data it can result in increased efficiency, new insights and better decision-making for organization because of a better perspective on the market. Finally, an interesting benefit in times of crisis is the encouraged entrepreneurship, which will result in more jobs and a requirement for more skilled employees (resulting in new online/offline courses at universities).

There are ample examples in the world where data from Open Data Portals created ingenious solutions for all kinds of problems. The website OpenData500 has compiled a long list of Big Data Startups that use Open Data to build their company. In addition, the UK Open Data Institute has also quite some startups that joined the program. Let’s have a look at three of these solutions:

There are many more companies working hard on using Open Data to create such solutions. Of course, only when they have access to the data these become possible and it therefore shows the potential in opening data sets and creating Open Data Portals. Fortunately some governments are also simulating Open Data Startups by offering incentives for the most innovative Open Data Apps. Such as the American Energy Data Challenge that offers $ 100.000 for the most innovative company that generates energy efficiency and clean energy solutions using publicly available data. Such challenges, in combination with more Open Data Portals will drive innovation and economic growth.

6 Big Data Mistakes You Must Avoid At All Costs

Gathering Data Can Be Vital for Your Personalized Financial Plan