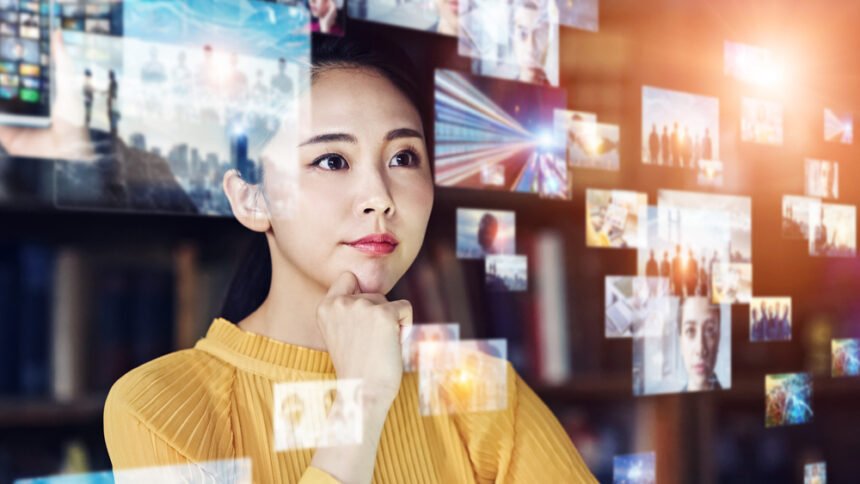 Netflix is a hugely successful business at the moment as most of the world is battling the lockdowns with watching shows on Netflix. The company has added a massive amount of subscribers, and they are now at around 195 million across the world, and they have put AI and data at the core of their business strategy.

So, everything they know dual is driven by data and by insights. The first area where they use data is to better understand us as consumers so they can exactly understand what we’re watching, what we are browsing what we are skipping.

Netflix really stands out in the video streaming niche and has access to treasure troves of customer data. This gives them a huge advantage in the market, because lots of content providers haven’t got the same ability because they are so big, they have huge volumes of data, and their understanding of us as consumers is becoming more and more granular.

So recently they did that. They looked at horror movies, for example, so they thought, okay if you watch 70% of a film, and then suddenly you stop watching at the end of this film. This probably indicated this is almost too scary for you to finish, and so they release the top 10 scariest movies that we’re too scared to finish. On top of that list was Cabin Fever and Carnage Parkas. These are films that we can’t actually finish, so this is giving all of this date as giving them a hugely granular inside into customers.

People have watched so much of Netflix that now they have exhausted their local libraries and now have nothing to use. In fact, the use of best VPNs for Netflix has increased exponentially as people use it to access different regional libraries, such as the US Netflix.

And they use this data to produce new content because they know what we like or we dislike, so in the past, there was this fear that by looking at what customers liked and disliked, you would only have those big blockbuster movies that everyone likes.

What Netflix actually understood well is that there are lots of different niches that people like to watch, and if they produce content for those niches, they will have a ready audience for those bits of content.

What is interesting is that this is making their content extremely successful, so the success rate of newly produced content in traditional TV is around 30 and 40 percent, whereas Netflix is now at 80 percent.

Which is leaving their competition behind because they now use their customer understanding to drive content and new productions.

The second area where they use AI and Big Data is to recommend us new movies and new TV programs to watch. What is interesting is that 80% of what we watch on Netflix is now driven by their recommendation.

So this is again something completely unprecedented, and Netflix has put a lot of effort into fine-tuning their algorithms that will understand us as consumers and then give us content and recommend content for us that we will actually enjoy. This not a security or a privacy issue.

And in this time, we scan between 10 and 20 titles, so they only have a very short amount of time to show us something that we might or might not be interested in.

So, they show these little thumbnails with the titles, but the thumbnail could be anything any scene out of the movie, so they need to figure out which scene do I show you, and again what they’re now doing is they’re using machine learning to extract the thumbnail that the machines have learned that we will like best. We talked about ways that businesses can use big data to succeed. Netflix is really standing out in this regard.

So, this whole process is now automated dynamically, and in the future, it could even be personalized. Where you might see a different thumbnail for the same film compared to your friend because they know what you are responding to.

The fourth area Netflix uses AI and Big Data in is in their streaming optimization, so when you sit at home, your broadband speed varies so and what they don’t want to do is they want don’t to lose quality. So, where there are no predicting speeds at different times and this will then automatically be used by their machine learning algorithms to determine what films people might want to watch and whether they want to cash them in a regional server to make it then faster to download to your house or not.

Again, they’re monitoring the quality and what is impacted higher so they can automatically scale down or scale up the quality of a movie streaming to your house.

Another really cool area that Netflix is now using AI in, is in their pre-production, especially around finding a location to shoot a movie in, for example, so artificial intelligence tools will look at things like the actors their availability.

Where they’ve located the camera teams their availability, and where they’re located, and all of this information is now used to identify the best places. And again, they will look at what sort of scenes are required, and then those AI scan now recommend areas, cities, and places where you might want to shoot a movie.

Which I think is pretty cool, and the final area Netflix uses AI in now is in the post-production, so the editing process this was done pretty manually in the past. Nowadays, the editing is still done manually, but then the quality checks are driven by AI so the AI will look at where do we need some human quality control when have and when in the past have there been mistakes? Maybe synching a subtitle to a certain scene? If this was a problem, AI would flag this up, so again, this has made this whole post-production process a lot more efficient and effective so those are the areas Netflix is using AI in Big Data which I think is pretty fascinating, they’re doing very well as a business!