How Big Data And Net Neutrality Repeal Impact Each Other

Big data and net neutrality have more impact on each other than you would think. In the aftermath of the net neutrality repeal, here's what to know about big data. 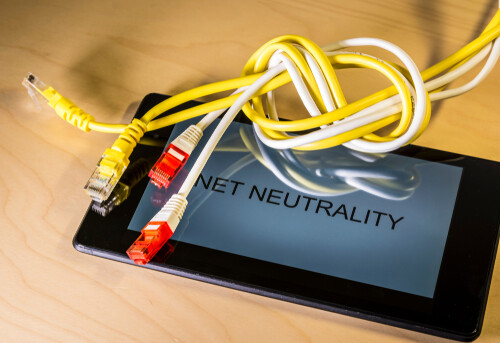 If you are a younger internet user, you have probably heard the term “net neutrality.” While you may have come across the term on numerous occasions, you may have not thought what exactly they meant to you. For the average broadband consumer, net neutrality meant that the ISPs (Internet Service Providers) could not block content and infrastructure, even if it was being offered by their competitors. It also forbids the ISPs from slowing down the rate at which data was served to consumers deliberately. Net neutrality served the purpose of protecting consumer broadband purchasers by ensuring that good internet access is affordable. Internet Service Providers were not allowed to offer prioritized and fast-lane services to companies that paid a premium price for their services. As you have probably already noticed, we are using past tenses when referring to net neutrality. There is a reason for that. You may not like the reason, though. The reason is that net neutrality is a thing of the past. It has already been repealed, as of June 2018. The big question whose answer you might need right now is, what does the repeal of net neutrality mean ISPs and to you?

Now that the net neutrality has already been repealed, ISPs have the ability to:

What the above tells you is that the repeal of the net neutrality has favored the Internet Service Providers greatly. They now can manipulate data transmission speeds for monetary gain. Also, they have the ability to block content if it belongs to their competitors. But, what does all this mean to you, the internet user who depends on broadband?

What Net Neutrality Means to the Internet Users

If you ask an ISP company CEO what he or she thinks about the net neutrality, the answer that he or she is likely to give is that it is just a way of the government to infringe and micromanage his or her business. While this argument may hold true for the Internet Service Providers, the repealing of the net neutrality has a very high likelihood of being detrimental to innovations that rely on data. Now that net neutrality is gone, there is a chance of consumers suffering from what can be referred to as pay to play deals. This is essentially due to the fact that there are no rules which prohibit prioritization based on the amount of cash the consumer is willing to part with. This suggests that if fast and slow lanes are created, the fast lane is likely to be occupied by big companies. The average broadband consumer purchaser may be left in the slow lane. This will not just affect individual consumers. It can also affect the small business owners too. Industry giants with enough capital can use their money to access the fast lane while leaving the small business owners at a playing field that can only be considered to be unfair. The world is currently moving towards a data ecosystem driven by real-time analysis. This means that reliable and fast internet connections will be essential to make this data ecosystem work. Expecting to have access to real-time data is unrealistic if the data takes longer to collect and analyze. This tells you that consumer broadband purchasers will have to move on and look for a better solution to their issues. So, what is this better solution?

For broadband purchasers who are not willing to let the repeal of the net neutrality slow them down, turning to big data might be the next best solution to their internet connection problems. If consumers choose big data, it will be essential for them to ensure that they are using the services of a good ISP. It is essential to keep in mind that some Internet Service Providers will take too much advantage of the neutrality repeal. This will make the ISPs less than ideal for use by customers who are turning to big data as the next best solution. If you notice that your ISP provider is taking too much advantage of the net neutrality repeal, it might be time for you to switch to another broadband provider. There are some things which can point out that it is about time to switch to a new internet service provider. These may include:

Final Thoughts: Choosing A Good ISP is Key Even If You Are Turning to Big Data

There is no doubt that the net neutrality repeal will have to force consumer broadband purchasers to turn to big data in order to keep accessing the internet without limitations. Even when turning to big data, it is essential to ensure that you are using a good Internet Service Provider. ISPs will definitely take advantage of the net neutrality repeal. However, some of them will take too much advantage. If your ISP happens to be taking too much advantage of the fact that they now have the ability to charge premium prices for fast lane internet access, you can always switch to a new Internet Service Provider.

Sean is a freelance writer and big data expert. He loves to write on big data, analytics and predictive analytics.

View all posts by Sean Mallon