Lifting Up: How Big Data Can Help Eliminate Poverty 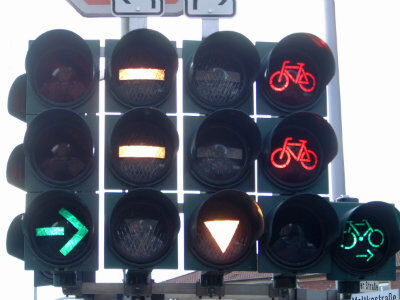 A string of needless red lights and another late arrival at work.

We’ve all been the victim of too many red lights. We’ve been on the wrong end of a traffic accident and we’ve slogged our way through minutes and hours of stop and go traffic jams.

It doesn’t matter the situation; too much traffic equals too much stress.

A string of needless red lights and another late arrival at work.

We’ve all been the victim of too many red lights. We’ve been on the wrong end of a traffic accident and we’ve slogged our way through minutes and hours of stop and go traffic jams.

It doesn’t matter the situation; too much traffic equals too much stress.

To combat the traffic problem, cities around the world are looking to Big Data and services like Hadoop Cloud, to monitor, evaluate and effect changes in real-time to affected areas.

One of the most important aspects of traffic flow and driver safety is traffic lights. Not always the easiest to monitor, and often not in sync with the flow of traffic, traffic lights make a big difference in how slow or fast traffic moves.

Los Angeles has invested in a traffic system that has synced more than 4,500 traffic lights in the city and connected them to road sensors and data analysis in order to provide drivers with a less congested, quicker ride home.

In large cities there will, of course, still be congestion, but it will be significantly reduced by the smarter, more effective traffic lights.

One sector that will be an enormous beneficiary from the increased use of Big Data for traffic efficiency will be buses and other vehicles that make up public transportation. For the system to function optimally it has to be able to stay on schedule. Unfortunately, with the unpredictability of traffic in larger cities, it makes it extremely difficult to stay on track. Delays and frustration seem to go hand in hand with any public transport. In time, though, Big Data hopes to bring those days to an end.

By constantly monitoring public transportation, analysts can make a number of decisions to improve the system. They can find what times are best for buses to depart, which routes are the best to use, and which routes should be invested in for the future. In addition, with the improvement of traffic lights, the cities can work together with public transportation to help them stay on time by reducing the number of red lights they pass.

Millions of residents across the country are affected by how smoothly the public transport runs. By implementing big data, these cities can make an enormous impact in their residents’ lives, and in the production and growth of the city.

The data gathered today is going to fuel changes and improvements made in the future. It’s important that the data is used in real-time and can immediately change traffic flows and reduce congestion. However, it’s equally as important for that data to be used in future projects. City planners can determine where to build new roads and add new bus lines from this information. It will be easier to see successes and failures in current roadway designs and to make changes for the future.

One barrier of entry for those wishing to implement Hadoop Cloud and other Big Data technology is the cost and time required to implement the changes. Los Angeles took years and millions of dollars to implement their new traffic system. Many cities aren’t in a position to invest that type of money or time into road renovation or into the technology. With Hadoop and other resources cities can gather the data, the question then will how and if they can implement their findings.