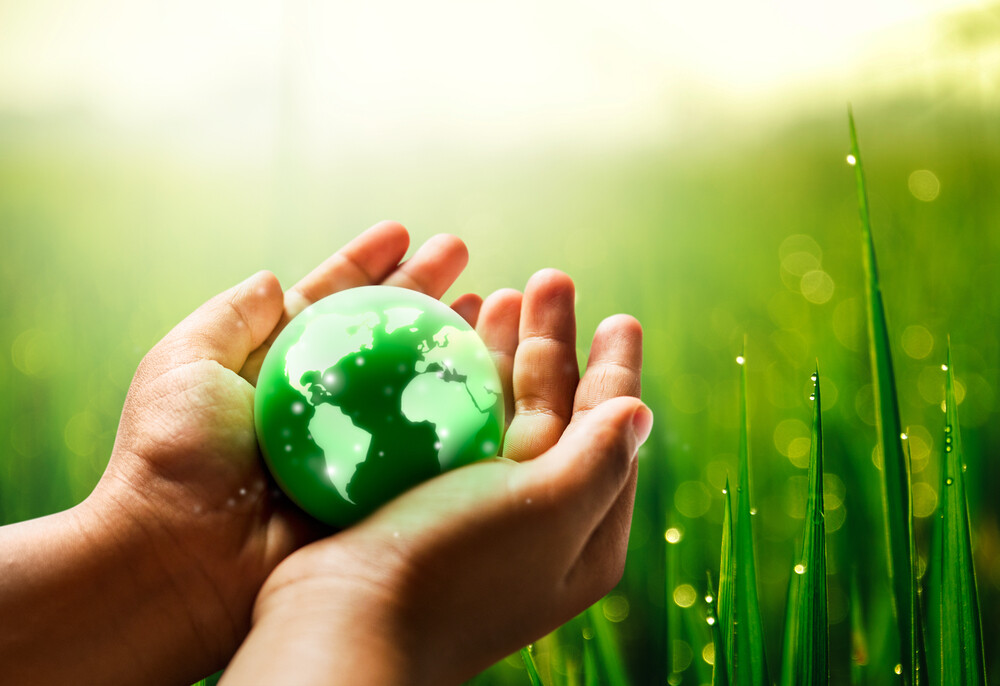 There’s a lot of talk about how rain forests are being destroyed, global warming is getting worse and if we don’t do something drastic to help the Earth, future generations will suffer even more than people in some places are currently. They may not even have a planet left to enjoy. In addition to doing things like urging consumers to recycle and consider investing in cars that aren’t as dependent on fossil fuels, some environmentalists are turning to big data.

Experts depend on big data in a variety of ways. One of them that’s most familiar to you may be how marketers track trends by looking at consumer behaviors over time. However, there are also some environmental-centric ways to depend on collective insights. For example, those animated weather maps you see on news forecasts? They’re made possible because of big data.

Forward-thinking people who invest in the Earth’s future are excited about ways to use big data to solve problems associated with the planet instead of just poring over existing data. There are some challenges that remain, however. For example, government regulation will be necessary to fully harness big data’s potential. Furthermore, there are many uncertainties related to how we’ll source the big data and use it.

Despite those factors, some organizations already use big data to inform meaningful, eco-friendly approaches. Let’s look at a couple of examples below.

If you check the weather forecast for your town or city, there’s probably a section that discusses air quality and pollution amounts. The usual method of gathering that data involves putting a gauge somewhere in an area and assuming every person in the vicinity is getting the same amount of exposure to contaminants. However, Mark Nieuwenhuijsen, of Barcelona, Spain’s, Center for Research in Environmental Epidemiology, is doing things differently.

He asserts it’s possible to get better, more precise results by having people wear pollution checkers individually. The next step is to use big data-driven resources to compile the sensors’ readings and gain a more accurate sense of where contamination is at the highest levels or if there are places that are unusually less polluted.

Based on that insight, local officials could start to make improvements that target those who experience effects from dirty air. In contrast, they might view data associated with low pollution and try to discern what is different in those sections. Together, the separate insights captured by wearable pollution monitors could help people orchestrate clean air initiatives that make sense.

Sorting Through Satellite Data to Safeguard the World’s Oceans

The impact of climate change on the world’s oceans took center stage recently when the Australian government took action in response to the awareness that the Great Barrier Reef is dying. Scientists suspect warming waters are accelerating coral bleaching and causing the permanent damage.

As devastating as the problems are for the Great Barrier Reef, promising developments could ensure long-term protection for our nation’s seawater and all that lives in it. For example, there are discussions about making massive protected areas of marine land. That’s a step in the right direction, but it’ll only get favorable results if people abide by the rules defining those designated water-filled places.

One of the proposed ways of verifying they do combines the power of satellite sensors and data processors to oversee how ships use the oceans. Someday soon, experts may be able to see ship-based activity as readily as that associated with planes in our skies.

Data professionals believe algorithms could help sift through the huge volumes of data already available. They could use it in decisive ways to ensure ship traffic doesn’t have an unnecessarily destructive effect on the oceans. If big data detects troublesome problems, regulatory personnel could intervene for further investigations.

Thanks to these two examples, it should be easy to see why big data could serve as a missing link that boosts the impact of hardworking environmentalists. The things they learn may aid them in making smarter decisions and pooling their resources in more-informed ways.

Megan Ray Nichols is a freelance technical writer and the editor of Schooled By Science. She enjoys writing about the latest news in technology, science, and manufacturing. When she isn't writing, Megan loves hiking, biking and going to the movies.