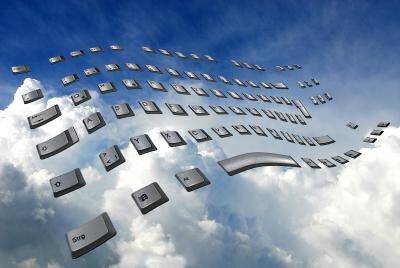 Cloud computing can be a highly competitive market, both for the companies that provide a cloud service and the employees that help those companies excel. To better compete, employees whose jobs are associated with the cloud often need to adopt and cultivate a long list of valuable skills that providers and other businesses will want to see from their workers.

Cloud computing can be a highly competitive market, both for the companies that provide a cloud service and the employees that help those companies excel. To better compete, employees whose jobs are associated with the cloud often need to adopt and cultivate a long list of valuable skills that providers and other businesses will want to see from their workers. Given the evolving nature of the cloud industry, this list is constantly changing, with some skills receiving more attention and importance than others. The latest trends indicate that some skills in particular have risen to the forefront of talents needed to be competitive in the cloud computing market. Those skills include the knowledge and expertise to use both Docker and DevOps. If they master those skills, and workers will find themselves in high demand.

The indications of these trends come from some of the most recent numbers from IT Jobs Watch. Docker in particular has made incredible strides in a short amount of time. According to IT Jobs Watch, Docker now reigns as the second most sought after IT skill. Considering that list consists of 500 skills, that’s quite the achievement. Even more impressive has been its rapid rise through the rankings. Over just a single year, the number of job advertisements that specifically seek people with Docker skills has risen by more than 990 percent. This near ten-fold increase is indicative of the value many cloud providers are placing on Docker talents.

Equally valuable is the skill in using DevOps. While its usage rate hasn’t exploded at the same magnitude as Docker, DevOps remains a sought after skill set that many companies want for their operations. The number of company roles requiring DevOps rose by more than 350 percent between 2013 and 2014. It might not have the same impact as an astounding 990 percent increase, but it’s clear that DevOps is still in high demand and growing with each passing year.

Many may wonder why these two skills have become so valuable recently, but it all boils down to the changing nature of cloud computing. Take the rise in demand for DevOps skills. Part of the fuel behind this rise has been the general alignment of Amazon Web Services (AWS) skills with DevOps. This connection has been crucial to the growth of DevOps for numerous reasons. One reason is that DevOps makes the deployment of AWS faster and more efficient. DevOps also takes certain strengths of AWS and magnifies them, improving its scalability, security, reliability, and overall performance. All this has happened while at the same time AWS has become the world’s largest public cloud provider. It only stands to reason that one of the skills most closely associated with the biggest cloud company would become something that’s highly sought after by businesses the world over.

Docker too has become so popular in part because of the evolution of the cloud market. Docker is a container technology, which basically wraps up software into a filesystem that has everything needed to make things run smoothly. Those components include the code, system tools, libraries, and anything that can be installed on a server. When combined with cloud solutions, Docker skills can help in the development of virtual machines and applications, making the cloud more versatile, more secure, and capable of improving collaboration between different parties. Only recently have cloud companies figured out how best to use Docker with its ongoing operations, which is reflected in its massive growth.

Both of these skills — Docker and DevOps — will have significant impact on the future of cloud computing. Businesses realize this and want people with those skills to join their respective teams. The problem comes from finding those people. In much the same way there exists a big data skills gap, a cloud skills gap has opened up. With few people possessing talents with DevOps and Docker, that makes them all the more valuable. Workers intent on making their mark in the cloud computing market will need to learn these skills and apply them in their jobs. This not only increases their own value but makes them a major player in a rapidly growing market.