The Demise of the Data Scientist: Heresy or Fact? 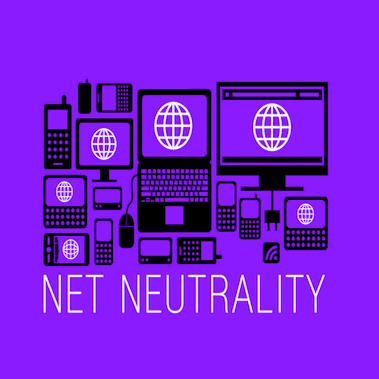 The debate over Net Neutrality is far from over. While the recent ruling by the FCC to classify broadband internet as a public utility may have changed the argument, debates will undoubtedly still continue to take place.

The debate over Net Neutrality is far from over. While the recent ruling by the FCC to classify broadband internet as a public utility may have changed the argument, debates will undoubtedly still continue to take place. The effects the decision has on the web will likely not be felt, let alone understood, for many years to come, but that hasn’t stopped speculation over what a neutral internet will actually look like and how companies and internet service providers (ISPs) will be impacted. At the same time, the future of cloud computing has become a hot topic as experts debate if Net Neutrality will be a boost to cloud providers or if the overall effect will be negative. Looking at the current evidence and what many providers, companies, and experts are saying, the only thing that’s clear is that few people can agree on what Net Neutrality will mean for the cloud and all the advantages of cloud computing.

The basic idea of Net Neutrality is, in the simplest of terms, to treat all internet traffic the same. Whether from a small niche social site or a major online retail hub, content would be delivered equally. This sounds perfectly reasonable on the surface, but critics of the Net Neutrality concept say all websites simply aren’t equal. Sites like Netflix and YouTube (mainly video streaming sites) eat up large amounts of bandwidth when compared to the rest of the internet, and as streaming sites grow in popularity, they keep eating up more and more web resources. The theory goes that ISPs would provide internet “fast lanes” to those sites willing to pay the fee, giving them more bandwidth in comparison to other sites, which would be stuck in “slow lanes.” It’s this idea that proponents of Net Neutrality want to guard against, and it’s one of the biggest points of contention in the debate.

Obviously, this is a simplified view of Net Neutrality, but it’s a good background when looking at the effect the new ruling could have on cloud computing. First, let’s take a look at how cloud providers may be affected without a neutral internet. Supporters of Net Neutrality say a “fast lane” solution would represent an artificial competitive advantage for those sites with the resources to pay for it. That could mean a lack of innovation on the part of cloud vendors as they spend added funds to get their data moved more quickly while getting a leg up on their competition. A non-neutral internet may also slow cloud adoption among smaller businesses. If a cloud software provider has to pay more for fast lanes, those costs can easily be passed on to the consumer, which would raise the barrier to cloud use. The result may be declining cloud adoption rates, or at the least performance of cloud-based software may degrade.

On the other side of the coin, critics of Net Neutrality say the effect of the policy will end up damaging cloud computing providers. They’re quick to point out that innovation on the internet has been rampant without new government regulations, and that ISPs could easily develop other innovative solutions besides the “fast lane” approach Net Neutrality supporters are so afraid of. Government rules can also be complicated and, in the case of highly technical fields, would need to be constantly updated as new technology is developed. This may give larger companies and cloud providers an advantage over their competition since they would have the resources to devote to lobbyists and bigger legal budgets to dedicate to understanding new rules. There’s also the concern over getting the government involved in the control of pricing and profits in the first place. Needless to say, many aren’t comfortable with giving that level of control to a large bureaucracy and would rather let market freedom take hold.

Some may say that with the new FCC ruling, these arguments don’t apply anymore, but changes and legal challenges will likely keep this debate lively for the foreseeable future. Will Net Neutrality lead to government meddling in cloud provider pricing and contracts? Will a lack of Net Neutrality slow down cloud adoption and give too much power to ISPs? Unfortunately, there’s no way of knowing the far-reaching consequences of the decision on the cloud computing landscape. It could end up having very little impact in the long run, but for now, it appears Net Neutrality will become a reality. Whether that’s a good or bad thing for the cloud remains to be seen.

How Big Data And Net Neutrality Repeal Impact Each Other