This topic has been coming up a lot over the last couple of weeks, and I’ve just been asked to speak on it at two conferences in Latin America next year, so I thought it was time to write down some thoughts on the subject. First I have to say that I’ve never been that fond of the words, mostly because I think they create some confusion and because they’re very overused.

This topic has been coming up a lot over the last couple of weeks, and I’ve just been asked to speak on it at two conferences in Latin America next year, so I thought it was time to write down some thoughts on the subject. First I have to say that I’ve never been that fond of the words, mostly because I think they create some confusion and because they’re very overused. While I do think there is a clear definition, I think that the words themselves conjure up all sorts of scary (from a CIO standpoint anyway) images of employees running rampant on the company network. This is a another case of the words getting in the way of the meaning I think. So first, what do I think the definition of consumerization of IT actually is? I believe that it is simply the trend for IT innovation to appear first in the consumer market and then spread into the enterprise. In reality new technology gets vetted in the consumer sector first, then incorporated into the enterprise. This represents both a shift in innovation and a change in expectations from employees. There is, of course some shift to a “bring your own” culture, where employees feel empowered to use the best tool for the job and if the enterprise doesn’t provide it, they’ll use their own device / software / etc. Part of this empowerment though, is related directly to the tech savvyness of the employee population, which is increasing rapidly. As the level of tech competency increases so does the confidence to go around IT.

The underlying key to understanding the concept though, is the two shifts, innovation and employee expectation. The shift in innovation is pretty easy to see in everything from smartphones and laptops to social software and even productivity software. A lot of this change in innovation (and also the change in expectations) can be traced to the proliferation of the Internet and the expectation of continuous connectivity. The Internet, and the resulting connected home, opened up the opportunity for and the need of better and easier to use home equipment. On top of that the growth of cloud based services has exploded, which provides capabilities to individuals that were unheard of only ten years ago. Every home is turning into (or has turned into) it’s own version of an IT operations center, complete with high speed network, server, storage, backup. etc. and, at least in many homes, comes complete with a proxy network admin and family help desk (I know because I’m the family help desk in my family).

Think of an obvious example of the shift in innovation in connected devices. The first widely available 2-way device was the Motorola SkyTel 2-way pager but close on it’s heels was RIM’s email device in the late 1990’s. RIM quickly expanded to include devices running on GSM, CDMA and iDen cellular networks and became the corporate standard in what became know as smartphones. They understood the enterprise and built the back end capabilities to securely manage the enterprise deployment and maintenance of a “fleet” of the devices. In 2009 RIM was recognized by Fortune Magazine as the fastest growing company in the world with profit growth of 84% over the trailing three years. But the handwriting was already “on the wall” and in less than two years RIM announced a large layoff and in the period of June 2008 to June 2011 had lost 82% in shareholder value. What happened? Simple, Apple released the iPhone to consumers (in June of 2007) and changed the smartphone market forever. Now the first iPhone certainly wasn’t enterprise ready but, it provided a user experience that was far superior to any smartphone before, and most importantly provided real Internet access in a way that was inherently more usable and flexible than any RIM device. It also provided the vehicle for converging iPod, digital camera, SMS, personal email, and access to applications (well, at first only web apps, but that was quickly changed by Apple). While it lacked corporate email capabilities at first, Apple quickly yielded to consumer pressure and added support for corporate email and added the capability for remote wipe of the phone, a key feature for success in the enterprise. Close on the heels of the wildly successful iPhone came Google’s Android operating system, opening up the touch smartphone to a multitude of additional device manufacturers. The customer experience was so much improved and the phones were infinitely more capable than their RIM competitors. While RIM was focusing on things like longer battery life, Apple and the Android gang along with the rapidly growing ecosystem were releasing better cameras, HD video, thousands of applications for almost every conceivable activity (including games) and ever increasing Internet access (and speed). 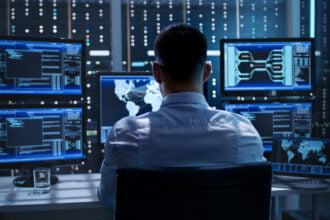 The second shift is in employee expectations. The birth and growth of the social web with it’s “simple to use” development paradigm taught people that software, even complex software, could be simple and elegant from the users perspective, keeping complexity in the background. It also taught people that all of the functionality could be available in the palm of their hand, in real time and always connected. Take those expectations into enterprises that often are running on software applications from the late 1990’s, with aging and outdated UI’s, and with limited or no mobile functionality and it’s no wonder that they started to revolt. Add to that aging / substandard networks, collaboration built on an outdated paradigm of file / information control and management, knowledge management systems that are more about knowledge control than knowledge sharing and content management systems that are more about version control than about getting the right content to the right person at the right time; and “standard” hardware (laptop, mobile device, etc.) that is glaringly behind the technology they use every day at home and that revolt has even more fuel. And all of these short comings forced on employees that are empowered and just want to get their work done with the best tools possible, and no wonder people started bring consumer into the workplace.

So in a business world where consumer is converging with enterprise what does that mean for vendors, IT and employees? I think the first concept we have to understand is that we also have to see the “enterprization” of consumer for the enterprise to successfully embrace the transformative technologies offered by the social and mobile Internet. We need the new user experience but not at the costs of enterprise security, IP protection and scalability. There are several ways we can get to this:

Businesses are under tremendous pressure to change into a more social, open and collaborative enterprise build on information, knowledge sharing and a networked business model. These consumer proven technologies are accelerating and supporting this transition and are necessary. Even so, they must grow to meet enterprise standards or take advantage of new technology that can ride between the consumer and the enterprise to provide the needed security, protection and scalability. That’s what I think of consumerization of IT, what are you seeing? 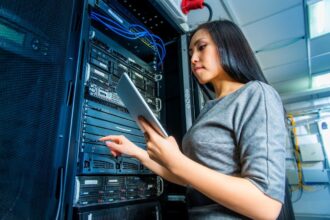 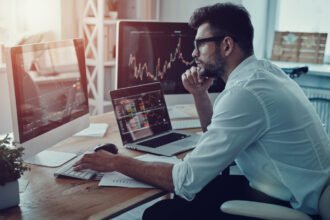 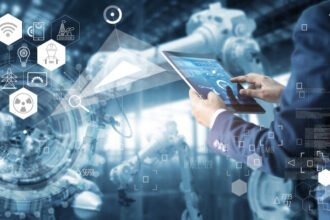