Do You Really Have To Migrate To The Cloud? 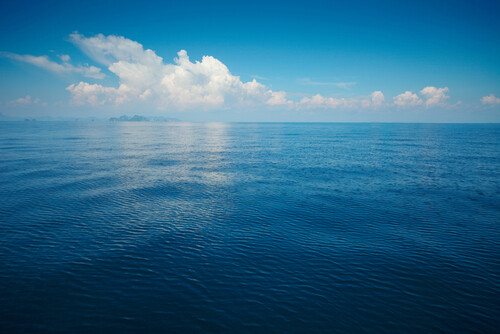 An article in the Science & Space section of the Times argues that the digital economy is a threat to the overall economy and environment, claiming that it uses a tenth of the world’s electricity.

An article in the Science & Space section of the Times argues that the digital economy is a threat to the overall economy and environment, claiming that it uses a tenth of the world’s electricity. In The Surprisingly Large Energy Footprint of the Digital Economy, the article compares the inefficiency of new technology to old – citing an example of an iPhone using more electricity than your refrigerator.

The crux of the argument lies in our constant reliance on wireless networks and the cloud. The article claims that information and communications tech (ICT) systems and devices that need to be turned on 24/7 start to hit a point of diminishing return, regardless of their inherent ability to provide a better design in energy use or fuel efficiency when compared to their traditional counterparts. Same goes for data centers that suck up vast amounts of energy while powering the world’s data and applications that feed into the various new personal devices we now own.

The article also points out that coal still powers the cloud, according to the report The Cloud Begins With Goal: Big Data, Big Networks, Big Infrastructure and Big Power – sponsored by the National Mining Association and the American Coalition for Clean Coal Electricity. And despite smart grids and meters that promote conservation, coal as an energy source isn’t exactly the cleanest choice.

A broader look at the evolution of our economy and society might argue that while not completely replacing them, smarter technology and web-based applications and data are reshaping older industries, such as manufacturing. Back in the 1700s, the Industrial Revolution demarcated the shift to newer manufacturing processes, embracing increased efficiency with new machines and smarter design.

And now, as the cloud works to evolve industries, the energy typically expended by older machines and outdated processes balances out the energy that powering the cloud requires. There is a natural ebb and flow to the introduction of the information age, and a more holistic view more accurately compares energy usage from not only the growing cloud, but across other industries wherein we are subtracting our energy use.

The cloud/virtualization and other technology are continuing to automate and streamline a number of processes through automation. Eliminating paper health records with the switch to electronic medical record (EMR) systems increases workflow efficiency and improves accuracy, cutting down on hospital error and making data readily available for clinicians providing patient care.

EMRs decreased the time to develop a patient synopsis and improved communication efficiency, according to a journal publication from the National Institute of Health (NIH), An Electronic Medical Record in Primary Care: Impact on Satisfaction, Work Efficiency and Clinic Processes. Similarly, ecommerce and online retail has shifted storefront purchasing to a faster, more reliable and always-open business model, paving the way for buying reform and ultimately improving on the economy.

Point being, the vast economic and social benefits of the cloud shouldn’t be ignored in the argument for energy efficiency and better energy sources. But when it comes to energy sources, the article is right, we do need a cleaner cloud to sustain the increasing demand on resources.

A few ways to cut down on the energy use required to cool servers involves using natural cooling methods such as building and maintaining data centers in climates that lend themselves to almost year-round cold temperatures. Google built a data center in Finland out of an old paper mill that uses a high-tech cooling system to filter cold sea water from the Bay of Finland to properly cool their servers – read more about this in Chilly Climates Ideal for Data Center Locations. Our Michigan data centers also benefit from our chilly winters and moderate temperatures, cutting down our cooling bill.

Another way may be the use of renewable energy sources such as wind power. Another example from Google is their Texas wind farm facility that runs 70 wind turbines, producing 2.3. megawatts of power with enough energy to power more than 60k average U.S. homes. Read more in Cloud Wind Farms Power Michigan Data Centers?

The switch from physical server use to the cloud results in a significant decrease in energy, carbon footprint and costs, as I’ve written about in How the Cloud is Changing the Data Center’s Bad Reputation for Energy Inefficiency. Online Tech is a cloud case study, as we switched our internal infrastructure to the cloud, consolidating our use of 26 physical servers to that of two cloud servers. When it came to power consumption, for 100 percent uptime at 300 watts/server and a PUE of 1.8, we went through 1.58 lbs. of CO2/kwhr. For 26 physical servers and a network, that amounts to about 200,000 lbs. of CO2 per year, and twice as much annually for redundancy.