We recently heard from a number of C and C++ experts talk about its merits with data science. Cristiano L. Fontana of OpenSource.com talked about some of these benefits in a recent article. Here is an excerpt from this post:

“While languages like Python and R are increasingly popular for data science, C and C++ can be a strong choice for efficient and effective data science. It is the language I use the most for number crunching, mostly because of its performance. I find it rather tedious to use, as it needs a lot of boilerplate code, but it is well supported in various environments. The C99 standard is a recent revision that adds some nifty features and is well supported by compilers.”

The number of big data applications on the market has grown exponentially over the last few years. However, the growth of these new applications fails to keep up with new demand. This has increased interest in c++ websocket server options.

However, developers have started to recognize that other languages, such as C++ and even traditional C have numerous opportunities for data science development. In some ways, C++ is the best programming language for big data projects.

Why is C++ useful for data science applications?

Data scientists are considering many different types of programming languages as they start exploring new avenues for big data development. There are a few reasons that C++ is becoming more appealing for data scientists. Some of these benefits are described below.

When it comes to developing big data applications, the speed of the compiler is one of the most important features. Therefore, it is rather strange that C++ has been overlooked as an excellent data science programming language.

C++ is actually the only programming language that is able to compile over a gigabyte of data in less than a second. Since you can compile large data sets with C++ a lot more quickly, it is an excellent language for large, data driven projects.

Many people outside the computer science profession think that programming languages are a lot more fragmented than they actually are. It is often believed that there is no inter-connection between various languages, which is not the case at all.

Since data science applications are very reliant on new programming libraries, C++ can play in important role in this aspect.

Easy to modify code for other languages

Most modern programming languages are based in C or C++. Therefore, the syntax is relatively similar across most platforms. There are usually a lot of commonalities between C++ and other object-oriented programming languages. Developers trying to replicate the code with another language, such as Python will need to make far fewer tweaks than they would if they used almost any other OOP language as a starting point.

Data scientists should consider working with C and C++ 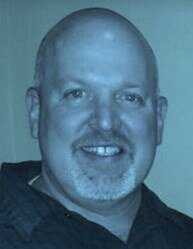 Sean Parker
View More Posts
Sean Parker is an entrepreneur and content marketer with over 5 years of experience in SEO, Creative Writing and Digital Marketing with Rank Media. He has worked with several clients from all over the globe to offer his services in various domains with a proven track record of success.