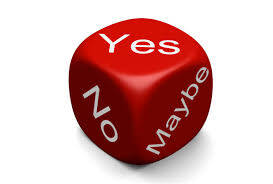 Each year, I work with dozens of clients in a quest to help them effectively implement their Business Intelligence systems.  And each year, based on my experiences, I have put together a top 10 list of trends and predictions for the upcoming year.

Each year, I work with dozens of clients in a quest to help them effectively implement their Business Intelligence systems.  And each year, based on my experiences, I have put together a top 10 list of trends and predictions for the upcoming year. This year, as I sat down to put together the list, I came to the realization, that in this day and age of 140 character communications, ten predictions take up too many words, and I thought no one’s going to make it through the list.  I tried to figure out how to tweet my predictions thus year to no avail.  So this year, rather than 10, I’m coming out with my top three. – the big gotchas I see brewing on the horizon that will have significant impacts on BI and analytics.

Like the mounting national debt, Big Data is not only going away, it’s growing at an exponential rate, and it’s not our children’s problem, it’s ours.

All kidding aside, as the complexity and amount of Big Data grows, companies react by collecting and storing more of it. Collecting, prepping, analyzing and distributing this mostly unstructured data is taxing hardware and software infrastructures, creating problems with ETL, storage and maintenance.  Existing BI implementations that rely on static databases feeding static reports cannot effectively process the information coming from Big Data.  In 2015, I predict that companies will sit down and reevaluate their BI strategies, many will come to the realization that what they have implemented over the past five years is obsolete, new strategies will have to emerge that have at their core, a foundation with a heavy reliance on external data source, links to the internet of everything, cloud-based applications and advanced analytics to make sense of it all.  This will fundamentally rock what “Business Intelligence” means to midsize and small companies, and lead to Prediction 2.

In the words of Wyatt Earp. “Fast is fine, but accuracy is everything”.  We’ve all seen and experiences the massive efforts when it comes to collecting and processing the Big Data. A day doesn’t go by when I don’t hear or read about needing to process the data in “real, or near-real time”.  Why?  Because it’s coming in so fast, that it’s obsolete by the time you analyze it in the current systems.   Fast is fine, just like Wyatt Earp said, fast without accurate, is actually wrong. My second prediction for 2015 is that companies will realize in a big way that the conclusions that they are drawing from their Big Data efforts are either suspect or flat out wrong.  Root cause analysis will reveal that the cause of the inaccuracies lies in the issues with the base data itself, and massive efforts will be launched to clean the data and root out inaccuracies so that the conclusions drawn from the data are valid.  See the rise of a new discipline, the Chief Data Officer (CDO), in charge of the company’s data assets.  With this increased focus on the quality of that data, the realization that “we don’t know what to do with it” leads to Prediction 3.

OK, so why are we doing this? Tons of data, massive amounts of analytics, reports, charts and graphs that boggle the mind.  In working with Senior Executive over the past year, it has become clear that the more data that is made available for analysis, the more the analytics stand by themselves and are not tied to, or really impacting tangible business goals. This is because data analysis for the sake of analysis just gives you more numbers and statistics in different forms, but it really doesn’t drive business value.  Humans interpreting that data and applying the data to business goals does.  My third and final Prediction for 2015 is this.   Companies, led by in large part by the CDO, will sit down and start to rationalize not just how they are collecting data and what data they are collecting, but WHY they are collecting it.  Rather than just tying analytics to data, I see companies attempting to tie data and analytics to their business goals. At the end of the day, the data is of little value if it doesn’t drive value within the company.  This realignment will be absolutely necessary to promote data-driven decision making and make economic sense of all the costs and efforts associated with their Business Intelligence Initiative.