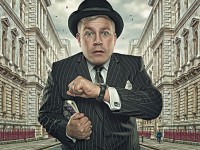 Last Friday was a relatively big day for the cloud storage market. After several hiccups, Box Inc. finally went public on the New York Stock Exchange. While Box was slated to open during market hours in the low teens, it surged to over $20 per share by 9:30AM EST (market open time) and closed the day at $23.23 – up roughly 66%.

Box Inc. is widely considered a pioneer in the cloud storage industry. In fact, they are one of the market leaders competing with Dropbox, Google and Amazon. They boast over 32 million customers, of which 275,000 are businesses. What’s more is that Box continues to grow at extraordinary speed, even with Google, Yahoo, Amazon and Microsoft offering similar storage options for far cheaper.

Yet, even with all of the funding and the immense amount of business, Box is not profitable. Not even close. Q4 of 2014 saw Box’s net profit margin at a staggering -76.50%. FY 2014’s overall net profit was estimated to be -135.72%. While many will brush these numbers aside and point out the enormous growth that Box is experiencing, these numbers would make almost any other company go belly up; it simply cannot be swept under the rug. The market seems to be starting to realize this as the stock closed yesterday down 7.14% to $19.78.

Forget Google, Yahoo, Microsoft and Amazon, as they are all publicly traded companies already. They have multiple product and service offerings which allows them to cut cloud storage prices without seeing a sizable dent to their bottom lines. There are hundreds of other cloud storage providers that could potentially be looking to either get bought out or look to an IPO.

An example of this would be the JustDevelop IT (JDI) group based out of the UK, who manage leading cloud storage companies JustCloud and MyPCBackup. Companies like JDI tend to focus all of their efforts in the same manner as all of the other major cloud storage services, including Box and DropBox – aggressive user acquisition. But is this the appropriate strategy in an oversaturated niche?

The answer depends on what these companies are looking to accomplish. If they are taking an exit strategy approach, then yes – user acquisition is one of the only factors that matters. However, if they are looking to go public, the answer is likely no. There is no competing with the cloud storage behemoths such as Google in regard to pricing. Google could, in theory, offer the service for free for a limited time in order to push the competition out of the market. Thus, these cloud storage providers should be focusing on delivering the best service possible. For example, Box’s platform is light years ahead of their competition, perhaps with the exception of DropBox. Many believe this is the reason why Box went ahead with the IPO. At the end of the day, a customer may end up paying a few extra dollars per month for Box instead of going with Google, but this customer will be receiving a superior service with Box (many consider Google’s cloud storage service to be outdated and “clunky”).

Nevertheless, delivering a high quality finished service like Box still may not be enough to go IPO. One commonly held opinion is that it really all hinges on the major players (Google, Microsoft, etc.) pricing strategy. People have already gotten used to the ‘Freemium’ model. It is doubtful a majority (of individual customers, not businesses) will stick to a service they will need to pay for when they could get it for free, even if the free service is outdated and not as user friendly. Statistically speaking, these smaller companies and start-ups will lose a significant portion of their customers should, for example, Google come in and offer unlimited cloud storage for free. These companies already lost substantial market share when Google started offering 50GB of storage space for free. And in the stock market, it’s all about adding value and future profit growth. Less customers equals less growth, which equates to a losing stock.