4 Ways to Use Business Intelligence in Your Business 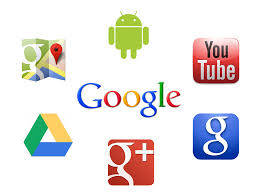 When Google recently purchased Nest, a company specializing in home automation tech like thermostats and smoke detectors, people read the news with puzzled faces and scratched their heads. Add the fact that the deal went down for $3.2 billion and you’re likely to assume that Google has much more money than it knows what to do with.

When Google recently purchased Nest, a company specializing in home automation tech like thermostats and smoke detectors, people read the news with puzzled faces and scratched their heads. Add the fact that the deal went down for $3.2 billion and you’re likely to assume that Google has much more money than it knows what to do with. But perhaps there’s a method to Google’s madness; one that average consumers wouldn’t know about unless they dig deeper.

With that said, here are four reasons Google bought Nest — at least from an outside perspective.

As we all know, Google is a media giant. To earn revenue, it helps sellers find a way to gain buyers (it sells ads as opposed to selling “things”). With that in mind, Nest’s data could be a valuable asset to Google. The $200 a consumer pays (on average) for a Nest product is just the tip of the iceberg as far as what he or she spends on natural gas, electricity, and all the other appliances in the home that use either of those energies or even on real estate agents like Gaby Leveille. Monetizing this giant can make a lot of money for all involved.

Nest data could very well provide Google with an advantage in these other markets, creating opportunities to sell targeted advertising for companies that operate within them. Nest data could also allow Google to complete energy audits in homes for heating and cooling. Although not as thorough as an in-home audit, it would be much cheaper. Afterward, Google would provide tailored recommendations for your needs. Essentially, the Google/Nest team would sell a conveniently smarter way to control and interact with your home’s energy needs. This can be done via Nest or a company as seen on iloverenovations.ca to save energy via your home.

Google Ventures is Wheeling and Dealing

Google Ventures made an early investment in Nest (smart move). Since then Google has invested in more than 200 companies, with it spending upward of 30 times the company’s worth in revenue. Although this might seem like a risky and courageous move on Google’s part, the new way of assessing and analyzing value has proven to work. When making these purchases, Google obviously thinks about how it can shape the future by turning these investments into game-changing acquisitions.

Nest offers consumers a system that lets them save energy and money in a user and environmentally friendly manner. Aside from purchasing Nest, Google also bought Texas Windfarms for $75 million (another big-name clean tech investment). It’s also invested heavily in energy both in and out of data centers (the cloud). From Google’s perspective, both of these companies are doing for the energy industry as to what Apple did for computer and what HBO did for television. That is, creating something people want, and of course, becoming a pioneer in the process.

Former Apple engineers founded Nest, building the company on the premise that design is an essential element (as opposed to just an addition to a product). Google noticed that Nest — amongst all the energy tech, home appliance, and Internet of Things companies out there — was the most attractive, featuring a unique blend of software, hardware, and service. Google, which thrives in these three areas, knows that design is scalable and, as a result, invested in Nest with the thought that it’ll one day be a major game changer in the future.

There’s really no telling what Google’s purchase of Nest will mean in the future for both investors and consumers. While Google provides an endless amount of services, Nest offers one of many tricks that can help consumers save energy. This partnership is part of Google’s strategies to stay ahead of the curve in eco-friendly technologies. Whether it’s monetizing data, pouncing on an investment, becoming a clean-tech revolutionary, or predicting the future in design, Google obviously has some ideas up its sleeve and knows what it’s doing. Unfortunately, the rest of us have to sit in the dark and wait. Coming up with the next great idea Google can purchase is also something to look forward in the future, make sure to patent your idea at www.2innovative.net to make sure your idea is safe.

With all that said, what do you think about Google’s purchase of Nest? Do you have your crystal ball out and have the guts to publicly state a prediction? Leave a comment below and let us know.