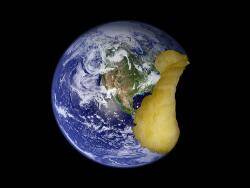 Take a Little Bite Out of Big Data

Big data is changing the rules of engagement in the business world in surprising ways. According to a trio of experts from PanGas AG, big data makes negotiators more informed and bolsters transparency. These claims have been supported by other experts, such as Dr. Jovan Kurbalija, the Founding Director of DiploFoundation.

Kurbalija focuses primarily on the impact big data plays in intergovernmental communications and diplomacy. He goes so far as to compare the economy of data to oil markets around the world. However, his statements can be extended to the private sector as well.

“‘Conflicts over control of oil have scarred the world for decades. No one yet worries that wars will be fought over data. But the data economy has the same potentials for confrontation.’ This is how The Economist set the stage for a discussion on data geopolitics, centred on the question of national security, and, increasingly, geo-economics – defined as the promotion of national interests through economic means,” Kurbalija writes.

How is Big Data Changing Negotiations?

Here are several ways that big data is improving the negotiation rules.

Providing New Resources for Each Party

Big data creates new tools and resources for both parties to negotiation. This is the third point that Kurbalija raised, but it probably should have been the first. Information has always been one of the most important resources of any organization. It has always been leveraged by the world’s best negotiators. Big data makes it more readily available.

Smart negotiators will seek all data that they can possibly access. They will turn to both internal and third-party sources.

Kurbalija states that big data has had a profound effect on both developed economies and emerging markets. It changes the way that money flows through the system. It creates more efficient ways for money to be distributed.

This allows both parties to push more during the negotiation process, because they know the other side is better off than they were before big data was available.

Big data has also complicated the negotiating process by introducing new variables. Problems that didn’t exist before are now central to many negotiations, including security and privacy concerns. Both parties need to ensure these topics are properly addressed during any set of negotiations.

This isn’t an issue that Kurbalija addressed, but I felt it is worth bringing up. According to the Gap Partnership, organizations in both the private and public sector can use big data to improve their own outcomes, which places them in better bargaining positions.

What Types of Organizations are Using Big Data for Negotiations?

Companies in every vertical are looking for ways to use big data to create a stronger competitive edge. This is something that is taught during negotiation training. However, some industries are more adapt at this than others. The Global Business Travel Association shows that companies are using big data to negotiate hotel deals. Here are some of the ways that data comes into play:

The Global Business Travel Association encourages more companies to use big data in the years to come. While it will create an advantage for one party the most, it will also force others to confront spending and logistical problems.

Big Data Will Be Central to Negotiations in 2018

We already live in the knowledge economy. We are now trying to find ways to take advantage of this knowledge to provide more value for organizations at every level. Big data is helping brands negotiate better rates and put themselves in better bargaining situations.