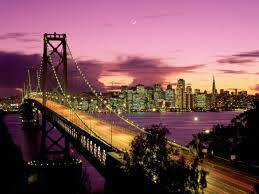 A number of California-based companies are taking advantage of big data to keep state residents safe during the drought.

A number of California-based companies are taking advantage of big data to keep state residents safe during the drought. This is a boon for business intelligence, proving that analytics can offer more than many imagined was possible and potentially altering the outcome of major issues such as the drought.

California has been under a state of emergency since Jan. 20, as the Golden State is currently facing the worst drought in 100 years, according to the National Oceanic and Atmospheric Administration. Residents across the state have been asked to conserve water as much as possible, but several regions are still at high risk of running out of drinking water. CBS News reports many communities are also struggling with contaminated groundwater, only complicating the issue of conservation for the state.

Big data helping conservation efforts
Water companies across California collect information about their customers’ water use to determine how much each household is using. One company, East Bay Municipal Utility District, conducted a year-long pilot program in which it collected data from 10,000 of its customers, according to Computer World. At the end, the participants were issued report cards that disclosed their water usage. Those who consumed more water than average were urged to reduce consumption, and the source reports the approach was effective.

While cloud technology cannot literally save California from the ongoing drought, companies like East Bay are able to use business intelligence and big data to help residents of the Golden State survive this dry time.

“This is an industry that doesn’t have a whole lot of data yet, and that’s where there will be quite a lot of growth,” Scott Bryan, COO of Imagine H2O, told Computer World.

Other real-world applications cropping up
Big data can be used to help companies solve issues like this as well as internal problems. For instance, IBM has developed a system that analyzes data from mining companies to help them determine the lifespan of their equipment, according to Venture Beat. The collected data can prevent issues that arise when unexpected equipment failures occur, and IBM told the source this advantage could save billions of dollars a year for large-scale mining companies.

When it comes to big data, most companies use the information and analytics to improve profit margins and make other changes across the business that will aid in growth and development. The development of real-world applications such as these just goes to show the ever-expanding value of big data and business analytics.