Your Guide To Current Trends And Challenges In Data Mining 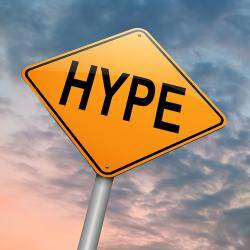 A remarkable thing happened in Big Data last week. One of Big Data’s best friends poked fun at one of its cornerstones: the Three V’s.

A remarkable thing happened in Big Data last week. One of Big Data’s best friends poked fun at one of its cornerstones: the Three V’s.

He was quick to explain to me that this is no comment on Gartner analyst Doug Laney’s three-V definition. Shawn’s just tired of people getting stuck on V’s.

How strange to be stuck on a definition, but we get stuck all the time trying to define Big Data. Other terms are easier. We’ve always known what visualization is. We seem to agree on “self service BI.” We also know what relational databases are, what ETL is, and all kinds of other established technology. We don’t agree on “business intelligence” or “decision support,” but somehow we don’t dwell on it. We don’t even quibble too heartily with “easy to use,” even though I could argue that we should.

So what is it about Big Data? Is it so much bigger than everything else? I don’t think so. We quibble endlessly and tiresomely because Big Data’s benefits live mostly in the imagination. There are just too many versions of the truth.

It’s as if an emperor went to his royal tailor, got measured up, and — so flattered, he was, and so enamored of the new material his tailor described — he left wearing just the measuring tape and imagined the rest. Outside, his loyal crowds cheered. Soon everyone was certain the emperor really had new robes.

The patient and imaginative among us appreciate the potential. Technology has given us greater ability to manage all our clicks, tweets, and machine effluent. Meanwhile, business users are more interested than ever in what all the new data may tell them. Skeptic that I am, even I see it. I like to make an analogy with television’s emergence and its finer and finer resolution and dimensions.

That idea comes from one of the few presentations I’ve seen at which anyone made real sense of Big Data. Last summer at Scott Humphrey’s Pacific Northwest BI Summit, Harriet Fryman of IBM and Colin White of BI Research described the work in progress with concrete examples. (I wrote about it here on Datadoodle and later for Information Management, here.)

I can wait years for that to develop. It’s the hype and the preoccupation that makes me impatient. Blogs and articles yammer on with the benefits of “big data” when in fact they’re repeating promises made years ago about the benefits of small data and small analytics. This is old decision support super-sized and warmed over, the “new and improved” that won’t satisfy any better than the original but which costs much, much more.

This is where I join visualization guru Stephen Few. Last summer in his essay “Big Data, Big Ruse,” he wrote, “If you’re like me, the mere mention of Big Data now turns your stomach,” and “Big Data is the technological expression of gluttony.” He quoted a book that would be more popular in the industry if concern for analytics and insight were more widespread:

As Richards J. Heuer, Jr. argued in Psychology of Intelligence Analysis, the primary failures of analysis are less due to insufficient data than to flawed thinking. To succeed analytically, we must invest a great deal more of our resources in training people to think effectively, and we must equip them with tools that support that effort.

Similar though less visceral thoughts come from consultant and industry analyst Mark Madsen, one of the most interesting minds in the industry. Toward the end of an early 2011 presentation at Strata Conference titled “The Mythology of Big Data,” he gave the decision support industry a tip:

I expect Steve and Mark to watch the emperor away from the crowds. But frustration seems to have gathered in the good seats, too. Gartner analyst Merv Adrian tweeted last weekend, “Enterprises don’t want to buy ‘big data,’ [they] want solutions. If they don’t have [one] or a way to find [one] …, ‘big data’ is a waste of time.”

Even a representative of a vendor that profits well on Big Data technology warns of Big Data fatigue. He says, “There’s a big ‘so what?’ building” among business people. The company continues to push Hadoop, though. He says, “We don’t want to seem like old news.”

One marketing guy who’s beating the “pretty big data” trail of terabytes, not petabytes, sees a “chasm” building from marketing that creates a “special conversation.” It splits technical teams and makes us obsess over “the elite, the power user, the data priest.” SiSense vice president of marketing Bruno Aziza says, “It drives me nuts.”

I admit that I may not even pay enough attention anymore. I may have begun to do what the venture capitalist and influential guy Paul Kedrosky does now: Filter out Big Data. “Soothing,” he tweeted early this year. “Recommended.” Big Data Hype gets shut out, and so does the industry with it. There we have Big Danger.