Here Is How Artificial Intelligence Can Make Blogging More Productive

There are all kinds of valuable business intelligence lessons to learn from Brexit, even as the situation continues to unfold. 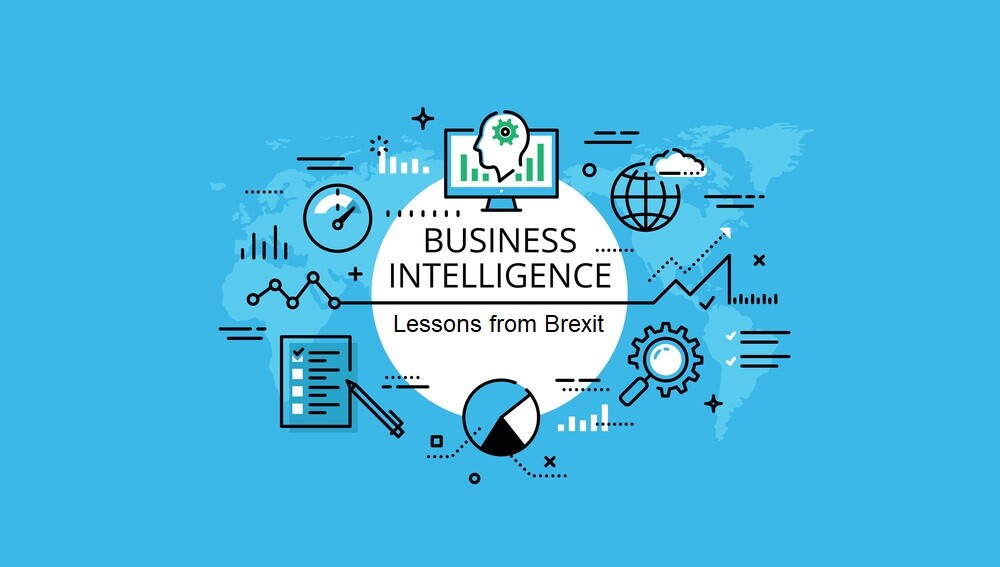 Almost everyone has heard of Brexit, even if they aren’t directly feeling the change. The term has made news around the world almost immediately upon conception and hasn’t stopped circulating. For those not in the know, Brexit started as the 2016 vote for the United Kingdom to leave the European Union for a whole host of reasons. The vote was incredibly divisive. Prime Minister David Cameron resigned from office once the decision to leave was made. The citizens have been just as divisive about the issue, but the voter’s initial decision remained. However, the planned date to leave was March 29th, 2019, a date that’s already come and gone. The government instead asked for an extension before leaving, so there is clearly a mess going on in plain sight. The best thing to come out of Brexit is a rulebook of things a business should never do when conceptualizing and putting in place a major decision. Businesses and corporations worldwide could stand to learn a lot from the way Brexit is being handled, both in good ways and bad. Some of these might change the whole operation.

As already said, almost everyone’s heard of Brexit. The term is a portmanteau of ‘British’ and ‘exit,’ highlighting the exit from the EU. Other terms like ‘backstop,’ ‘leaver,’ ‘hard border’ and others have come to be associated with all of Brexit’s actions. There are two interesting takeaways about these terms. The first takeaway is how familiar they are. An artificial intelligence algorithm could search for these terms and instantly come up with Brexit, showing businesses how buzzwords could be used in association with a product or idea and promote advertising. On the other hand, the second takeaway is the negative incantation some of these buzzwords provide. For instance, ‘leavers’ are sometimes referred to as ‘Brextremists’ which doesn’t make them or the entire Brexit situation look favorable. Buzzwords can only work well for a business if they carry positive associations.

When Cameron resigned after the vote was cast, he left room open for those who were pro-Brexit to take his place. In simple terms, Cameron had no plan for leaving Brexit and never believed he would need one. Unfortunately, he wasn’t the only person with no plan. The leaders of the Leave vote, Boris Johnson and Michael Gove, all but vanished after admitting they didn’t have a plan either. Not having a plan hasn’t worked out too well for the UK and this big decision. Failure to plan means you plan to fail, and this could be detrimental to a business. Putting a plan in place for every possible action means being ready for the unknown, even when the other potential decisions are directions you don’t want the company to take. Going in without a plan will just make a bad situation worse.

No one likes change, so going with a plan means making transitions smooth and fast. While the UK government drags out Brexit longer than planned, your business doesn’t have to suffer the same fate. Working fast means finding hidden risks before they become a major problem.

While planning can make change better, it’s never really easy. Again, Brexit’s idea of change drags out the process which makes it harder for everyone, even those who voted in favor of the plan. In reality, change can be better with three factors in mind — speed, conformance and commitment. Basically, if you make a plan ahead of time, accept the situation and try to make the best of it so your business doesn’t end up like Brexit.

One of the major problems with Brexit is party divide and the inability to talk to one another about the issues everyone cares about. Having a constant stream of communication can prevent the same level of drama happening in the government to happen in your place of work. Communication is easy so long as you know how to talk to others. This is where common language comes in, meaning key performance indicators or KPIs. The KPIs are basically guidelines for company goals so everyone — even the bots working for you — can stay on the same page. Keeping communication means more streamlined productivity.

One of the reasons Brexit had no plan was because no one knew what to expect. No one else had accomplished what they set out to do on the scale which they set to do it. They can’t ease into Brexit and backtrack if things don’t work. Your company can differ from this situation by making a plan to come up with a plan. Making a plan for a plan is a convoluted way of saying you should try to test the waters first. Conduct trial periods to see how things run under the new system before committing to a process. There doesn’t have to be a hard deadline looming if things can be set out in a manageable pace beforehand.

Part of life is learning from our mistakes, whether we make them ourselves or watch someone else fail. No matter which side of Brexit you may or may not sit on, most can agree that the process has become an absolute avoidable mess. Staying a part of the EU might have been easier, but a plan should have been drafted for if — and when — exiting the EU came to pass. Planning for every outcome and trying for positive spins is the best anyone can do with a given situation. Whether you work in government or own your own business, you can take a lot of practical tips from how Brexit is unfolding.

Kayla Matthews has been writing about smart tech, big data and AI for five years. Her work has appeared on VICE, VentureBeat, The Week and Houzz. To read more posts from Kayla, please support her tech blog, Productivity Bytes.

View all posts by Kayla Matthews