Big Data Is Changing the Whole Equation for Business 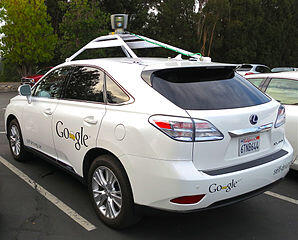 Cars are probably not the first thing that comes to mind when you hear someone talk about data sources, but today’s cars generate approximately 15 gigabytes of data per hour. The reason most of us are unaware of this fact is because most of this data is only stored for a short amount of time, and that data is rarely accessed or utilized.

Cars are probably not the first thing that comes to mind when you hear someone talk about data sources, but today’s cars generate approximately 15 gigabytes of data per hour. The reason most of us are unaware of this fact is because most of this data is only stored for a short amount of time, and that data is rarely accessed or utilized. Now thanks to big data tools, such as Hadoop as a Service, car manufacturers are starting to see the value of using the data cars generate to make our cars smarter. Here are five ways how.

It’s nearly impossible to escape bad drivers on the road today. Whether someone cuts you off, runs a red light or starts swerving while they send a text, driving safely to work in the morning or home at night is much more difficult than it seems it should be. For some of us, we may not notice the reckless driver in time and end up on the side of the road after a car accident. What if our car could talk with the other cars on the road in order to find out when a reckless driver is approaching, so you and your trusty car can get out of the way? Well, with big data technology cars could start doing just that.

Most cars are already equipped with sensors that could communicate pertinent data, such as a GPS system, short-range radios and those laser range finders used in auto backup systems. Based off of the data various sensors pick up and communicate with the other cars, these smart cars could then use predictive models to predict potential accidents and indicate how to get out of the way.

Those who live in metropolitan areas will agree that the person who finds a way to eliminate traffic jams should be awarded the nobel peace prize, and MIT professor Berthold Horn may be on the way to doing just that. Horn created an algorithm that lets cars with an adaptive cruise control to match pace with the cars surrounding them by using range finders to gauge the distance and speed of surrounding cars and change speeds accordingly. Of course, this particular solution only helps if the majority of cars are equipped with this capability, but it proves that big data could be the solution to our traffic jam woes.

Big data can play a huge role in keeping up with the maintenance of vehicles as well. We’re all familiar with the gas light or the check engine light, but with big data, sensors could be taken a step further to identify potential issues and inform the driver to head to the car repair shop. This same information could be used by manufacturers to keep track of which car parts will be needed, so they can keep what’s needed on hand and reduce inventory on parts that won’t be needed. Finally, having this data would allow car manufacturers to catch major glitches quickly, so they can fix the problem before any newsworthy collisions or other disasters occur.

Google’s self-driving car has proven that such a thing will be in the future. These cars take data creation to a whole new level, generating a Gigabyte of data every second. The cars use this data to sense everything that is going on around them from the car that slams on its break in front of them to a cigarette butt thrown on the ground by a hidden pedestrian. Imagine how many lives could be saved simply because reckless or drunk or drowsy drivers will no longer be in control of a moving vehicle.

Finally, much like a cloud database allows us to log-in to any computer and immediately access all of our files and personal preferences, cars can also start to offer a personalized experience through big data. Sensors can pick up on a driver’s preferred seat position, radio stations and driving style to create a profile of that driver that can be used to automatically set up a new car when the driver “logs” into it, so finding all of your favorite stations again is no longer an issue.

Overall, big data has a huge role to play in making our cars smarter, safer and more convenient, and hopefully, one day, all of that stop and go traffic can disappear as well.