A rising trend toward data center outsourcing is gaining momentum as 62 percent of respondents reported they are currently outsourcing, testing, or planning to use a data center service provider. What accounts for the trend in using IT vendors? A few significant advantages include avoiding capital expenses, reallocating resources into operating expenses and helping to ease capacity, or provisioning planning issues. 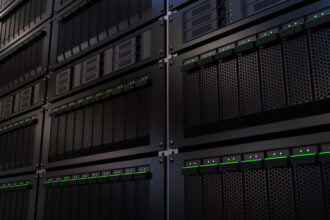 The expansion also relates to the ability to keep up with service demands, and aligns with the top concerns and challenges of 44 percent of data center operators – data center scalability. Worries about keeping up with growing applications and audiences may be put to ease with the use of cloud computing services to improve speed-to-market and ease of deployment. The second top concern is data center capacity planning, at 42 percent, which, on average, can take 1-3 years to plan and deploy a data center, not to mention an investment of millions of dollars.

Concerns about scalability and capacity may provide insight to the 15 percent increase in cloud computing usage since 2010. Sixty-two percent surveyed are currently using or testing the cloud, while 28 percent have no future plans to deploy the cloud – down from 41 percent that had no future cloud plans in 2010, showing increasing comfort cloud adoption in 2011.

“According to DataCenterKnowledge.com’s recent survey, 51% will be expanding their data center in 2012.

Of those that plan to do so, I’m sure the CFO, when asked for the CapEx, will ask if they should even be doing it themselves at all. Having to expand a data center is an event that can cause a company to question spending CapEx – is it really justified when outsourcing can move it to a predictable, monthly OpEx expense?

The report shows that 62% of data center operators are using or planning to use providers of colocation, managed servers and cloud hosting services. This is a significant increase from previous surveys on the subject. It also reflects how the service provider market is well-positioned to address the top concerns of today’s data center operators.

The same trend is predicted for data centers. Companies who are not in the data center business are less inclined to spend CapEx on building out expensive data center infrastructures.”

Read more about a HIPAA compliant data center case study in which Michigan Multispeciality Physicians (MMP), a group of surgical physicians, outgrew their data center capacity – the pressures of electrical, heating, cooling and physical space issues confronted their Director of Information Technology with the decision to upgrade their existing data center, build a new one, or outsource to a managed data center provider. Find out why outsourcing was the best solution for MMP and how it worked for them. 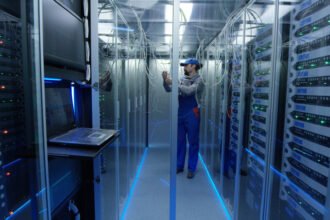