I was in the middle of interviewing people as well as helping the good people in my new role as a community evangelist at Smart Data Collective when I got a LinkedIn Request to join the SDC group from Jon Peck.

SPSS Inc. is a leading worldwide provider of predictive analytics software and solutions. Founded in 1968, today SPSS has more than 250,000 customers worldwide, served by more than 1,200 employees in 60 countries. Now Jon is a legendary SPSS figure and a great teacher in this field. I asked him for an interview and he readily agreed.

Jon Peck is a Principal Software Engineer and Technical Advisor at SPSS. He has been working with SPSS since 1983, and in the interview he talks from the breadth of his perspective and experience on things in analytics and at SPSS… 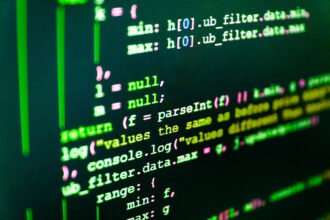 Why Choosing Python For Data Science Is An Important Move

I was in the middle of interviewing people as well as helping the good people in my new role as a community evangelist at Smart Data Collective when I got a LinkedIn Request to join the SDC group from Jon Peck.

SPSS Inc. is a leading worldwide provider of predictive analytics software and solutions. Founded in 1968, today SPSS has more than 250,000 customers worldwide, served by more than 1,200 employees in 60 countries. Now Jon is a legendary SPSS figure and a great teacher in this field. I asked him for an interview and he readily agreed.

Jon Peck is a Principal Software Engineer and Technical Advisor at SPSS. He has been working with SPSS since 1983, and in the interview he talks from the breadth of his perspective and experience on things in analytics and at SPSS.

Ajay – Describe your career journey from college to today. What advice would you give to young students seeking to be hedge fund managers rather than scientists? What are the basic things that a science education can help students with, in your opinion?

Jon– After graduating from college with a B.A. in math, I earned a Ph.D. in Economics, specializing in econometrics, and taught at a top American university for 13 years in the Economics and Statistics Departments and the School of Organization and Management. Working in an academic environment all that time was a great opportunity to grow intellectually. I was increasingly drawn to computing and eventually decided to join a statistical software company. There were only two substantial ones at the time. After a lot of thought, I joined SPSS as it seemed to be the more interesting place and one where I would be able to work in a wider variety of areas. That was over 25 years ago! Now, I have some opportunities to teach and speak again as well as working in development, which I enjoy a lot.

I still believe in getting a broad liberal arts education along with as much quantitative training as possible. Being able to work in very different areas has been a big asset for me. Most people will have multiple careers, so preparing broadly is the most important career thing you can do. As for hedge fund jobs – if there are any left, I’d say not to be starry-eyed about the money. If you don’t choose a career that really interests you, you won’t be very successful anyway. Do what you love – subject to earning a living.

Math and scientific reasoning skills are preparation for working in many areas as well as being helpful in making the many decisions with quantitative aspects in life. Math, especially, provides a foundation useful in many areas. The recently announced program in the UK to improve general understanding of probability illustrates some practical value.

Ajay- What are SPSS’s contribution to Open Source software. What can you disclose about its plans for further increasing that involvement?

Jon-  I wish I could talk about SPSS future plans, but I can’t. However, the company is committed to continuing its efforts in Python and R. By opening up the SPSS technology with these open source technologies, we are able to expand what we and our users can do. At the same time, we can make R more attractive through nicer output and simpler syntax and taking away much of the pain. One of the things I love about this approach is how quickly and easily new things can be produced and distributed this way compared to the traditional development cycle. I wrote about productivity and Python recently on my blog at insideout.spss.com.

Ajay – How happy is the SPSS developer community with Python? Are there any other languages that you are considering in the future.

Jon- Many in the SPSS user community were more used to packaged procedures than to programming (except in the area of data transformations).  So Python, first, and then R were a shock.  But the benefits are so large that we have had an excellent response to both the Python and R technologies. Some have mastered the technology and have been very successful and have made contributions back to the SPSS community. Others are consumers of this technology, especially through our custom dialogs and extension commands that eliminate the need to learn Python or R in order to use programs in these languages. Python is an outstanding language. It is easy to get started with it, but it has very sophisticated features. It has fewer dark corners than any other language I know. While there are a few other more popular languages, Python popularity has been steadily growing, especially in the scientific and statistical communities. But we already have support for three high-level languages, and if there is enough demand, we’ll do more.

Some of our partners prefer to use the lower-level C language interfaces we offer. That’s fine, too. We’re not Python zealots (well, maybe, I am). Python, as a scripting language, isn’t as fast as a compiled language. For many purposes this does not matter, and Python itself is written in C. I recently wrote a Python module for TURF analysis. The computations are simple but computationally explosive, so I was worried that it would be too slow to be useful. It turned out to be pretty fast because of the way I could use some of Python’s built-in data structures and algorithms. And the popular numPy and SciPy scientific and numerical libraries are written in C.

Users who would not think of themselves as developers sometimes find that a small Python effort can automate manual work with big time and accuracy improvements. I got a note recently from a user who said, “I got it to work, and this is FANTASTIC! It will save me a lot of time in my survey analysis work.”

Ajay- What are the areas where SPSS is not a good fit — and what suit SPSS software the most when compared to other solutions.

Jon- SPSS Statistics, the product, is not a database. Our strength is in applying analytical methods to data for model building, prediction, and insight.  Although SPSS Statistics is used in a wide variety of areas, we focus first on people data and think of that first when planning and designing new features.  SPSS Statistics and other SPSS products all work well with databases, and we have solutions for deploying analytics into production systems, but we’re not going to do your payroll. One thing that was a surprise to me a few years ago is that we have a significant number of users who use SPSS Statistics as a basic reporting product but don’t do any inferential statistics. They find that they can do customized reporting – often using the Custom Tables module – very quickly. With Version 17, they can also do fancier and dynamic output formatting without resorting to script writing or manual editing, which is proving very attractive.

Jon- We are certainly looking at cloud computing. The biggest challenge is being able to put things in the cloud that will be robust and reliable.

Ajay- What are SPSS’s plans for Asia? And which country has the maximum penetration of SPSS in terms of usage.

Jon- SPSS, the company, has long been strong in Japan and Taiwan, and Korea is also strong. China is increasingly important, of course. We have a large data center in Singapore. Although India has a strong, long, history in statistical methodology, it is a much less well-developed market for us. We have a presence there, but I don’t know the numbers. (Ajay – SPSS has been one of my first experiences in statistical software when I came up with it at my business school in 2001. In India, SPSS has been very active with academia licensing and it introduced us to the nice and easy menu driven features of SPSS.)

Biography – Jon earned his Ph. D. from Yale University and taught econometrics and statistics there for 13 years before joining SPSS.

Jon joined SPSS in 1983 and worked on many aspects of the very first SPSS DOS product, including writing the first C code that SPSS ever shipped. Among the features he has designed are OMS (the Output Management System), the Visual Bander, Define Variable Properties, ALTER TYPE, Unicode support, and the Date and Time Wizard. Jon is the author of many of the modules on Developer Central. He is an active cyclist and hiker. 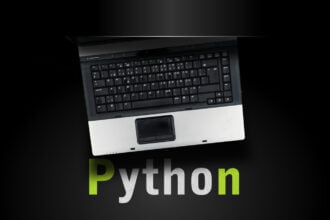 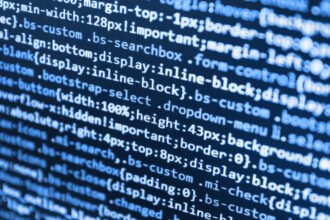 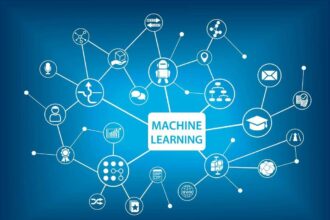