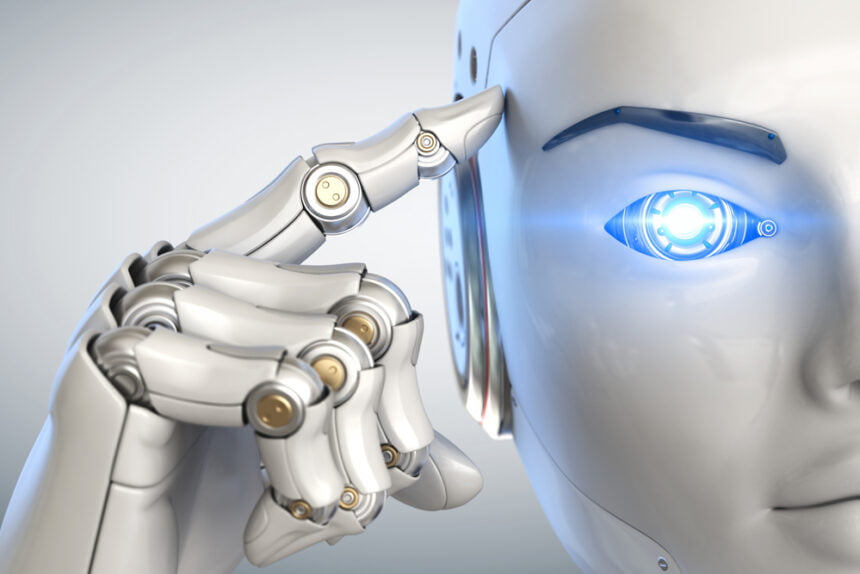 John McCarthy invented the term Artificial Intelligence back in 1950. He said, “Every aspect of learning or any other feature of intelligence can in principle be so precisely described that a machine can be made to simulate it. An attempt will be made to find how to make machines use language, form abstractions, and concepts, solve kinds of problems now reserved for humans, and improve themselves.”

Today, artificial intelligence is increasingly becoming an integral part of our lives. There are machines and programs that can do simple or complex tasks by themselves with a high efficiency rate. As humanity makes more and more progress with AI there is constant debate underway whether AI will turn on us in the future or they will benefit us.

Let’s talk about some benefits and risks of artificial intelligence.

Making mistakes is a human nature that we have made since the dawn of humanity. We make mistakes every hour and every day; sometimes these mistakes or errors are small and harmless while other times, they may lead to disasters. One of the profound aims behind developing AI is to prevent such mistakes. If programmed well, computers do not make errors like humans. Artificial Intelligence requires feeding accurate information through a set of algorithms so a machine can make future decisions. It reduces the percentage of error and increases accuracy and precision.

We have developed certain AI-powered machines that can do specific repetitive tasks at high efficiency. With 0% of human errors, these machines can do their task with 100% accuracy and work 24×7, unlike humans. It removes the need for two sets of humans working in day and night shifts who can be employed to carry out other critical tasks.

Artificial Intelligence employs machine learning algorithms such as Deep Learning and neural networks to learn new information like humans. It eliminates the requirement for feeding new codes every time we want them to learn a new thing. The AI world is experiencing fast development and we will soon have new AI-powered machines with optimized machine learning abilities. It means they will learn much faster and thus, cost of training robots will be much lower compared to training humans. Meanwhile, the machines have already reduced the cost of operations in several industries.

There are already several industries like the automobile industry that have deployed AI-powered machines. These machines allow us to gather large amounts of data for their work. This data helps us get a deeper insight into the processes and allow us to optimize them even better.

AI-powered machines use computers containing several processors and computer chips. These processors and computer chips are made from rare earth metals like Selenium. On top of it, batteries contain Lithium, another rare element, as the main constituent. More AI-powered machines mean more requirements of computer chips, processors, and batteries which means more demand for rare earth metals and that means more mining. It eventually leads to unsustainable industrial and mining practices that harm the environment.

Now this is an old concern. When machines replace humans, it reduces cost and increases efficiency. But it also means fewer jobs for humans that eventually lead to unemployment and other economic problems.

AI misuse is one concern on the rise with quick adoption of artificial intelligence. With militaries developing autonomous vehicles and weapons, it raises a new threat of such weapons falling into the wrong hands.

AI-powered machines can collect, process and store large user data easily. These machines can also access a person’s personal information without their permission. Once the information is on the cloud, anyone can access this information legally or illegally. This raises a data threat that many government offices and private security organizations like iDenfy are already trying to fight. Visit our blog to find more information.

A future threat to humanity

While artificial intelligence is already working wonders at the current levels, researchers and engineers are working day and night to upgrade them. Such upgrades have made experts and regular citizens cautious of AI already. Stephen Hawking had always been against the advancements of AI and Elon Musk has publicly conveyed his disagreement over AI application in the future.

The biggest concern is that with constant upgrades and development, AI may become sentient and turn against humans.

Like a coin, artificial intelligence has two sides. Every invention born out of necessity can benefit and harm the user. It all comes down to how well we can balance our interests and threats for a better tomorrow. But there is no hiding that AI is a powerful tool that does contain the ability to light up our world like a match in a tinderbox.