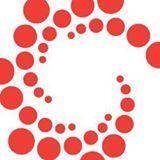 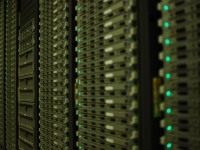 One of the more exciting inventions in data center technology has been developed by a team of computer scientists from the University of Utah. The invention is being called A3 which is short for Advanced Adaptive Applications. The software sits as a client inside a Linux distribution and monitors the system for any unusual activities.  Once unusual activity is detected, A3 tries to automatically repair the code infraction by replacing the impacted code with original code.

The team from the University of Utah mentioned that A3 is being released as open source and that the technology relies on what they have called “Stackable debuggers.” Unlike a virus scanning program that reads from a definitions file, A3’s stackable debuggers constantly analyze the code for breaches. Once a breach is found, original code is inserted back into the virtual machine. This not only makes virtual machines safe from known attacks. the technology can detect attacks or viruses that have not shown up in definition files provided by antivirus creators. A3 then detects how the breach happened and tries to find ways to make sure such breach never happens again. Sources suggest that the University of Utah team was funded by DARPA. Reports note that this project was completed in September of 2014 although many have stayed on the hush as the project is currently being tested.

Eric Eide, an associate professor at the University of Utah, is quoted as saying, “It is a pretty big deal that a computer system could automatically, and in a short amount of time, find an acceptable fix to a widespread and important security vulnerability; it’s pretty cool when you can pick the Bug of the Week and it works.”

Computer scientists believe that A3 would thrive in a public cloud environment because it could theoretically give administrators peace of mind in regards to the security of their web apps which would make most conventional server attacks futile, since the server would just heal itself moments later and learn how to defend from such attack.