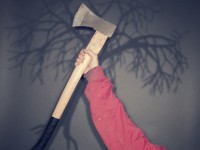 Cloud storage providers have been playing a game of one upmanship for several years. When one provider would offer more cloud storage space than the next, a competitor would respond by either lowering prices or increasing storage offerings.

Cloud storage providers have been playing a game of one upmanship for several years. When one provider would offer more cloud storage space than the next, a competitor would respond by either lowering prices or increasing storage offerings.

That cloud storage war seemed to have come to a halt when Microsoft began advertising that users could get unlimited OneDrive storage with Office 365 subscription. What happens when you begin offering unlimited storage? Some users will put your service to the test, by loading all of their data into the cloud. Because of this, Microsoft has reintroduced data caps back into OneDrive. Some analysts seem this is a step backwards, yet Microsoft insists that the data caps are in place to preserve the integrity of OneDrive.

Microsoft says that some users were using 14,000 times the amount of space the typical Office 365 customer uses. “Instead of focusing on extreme backup scenarios, we want to remain focused on delivering high-value productivity and collaboration experiences that benefit the majority of OneDrive users,” says a post by Microsoft on the OneDrive blog.

What about users who are in violation of OneDrive’s new 1TB rule? “If you are an Office 365 consumer subscriber and have stored in excess of 1 TB, you will be notified of this change and will be able to keep your increased storage for at least 12 months,” the Microsoft OneDrive blog continued.

The news from OneDrive was not met without criticism from some users. The Microsoft OneDrive blog post that we have referenced above has over 1,000 comments with many of them asking why Microsoft is punishing the masses for the mistakes of a few.

While OneDrive customers have expressed their frustrations about the change of service, OneDrive’s stance on some unlimited storage may serve as a lesson for the industry, as well as other cloud storage providers who believe that providing unlimited storage options is the ultimate selling point.